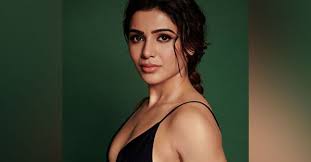 MUMBAI: South Indian starlet Samantha Ruth Prabhu is getting back to her trolls and fans on Twitter with some heartwarming as well as sassy replies.

In a recent session, the ‘Pushpa’ performer took up some top tweets mentioning her name and decided to respond to the die-hard fans and keyboard warriors alike on the micro-blogging site.

In the same session, the celebrity won over Twitterati with her savage reply to a social user who tweeted that ‘women rise just to fall’.

It happened so when Samantha came across a tweet applauding the female stars of cinema for their unprecedented growth over the past decade. With the pictures of an Indian theatre showcasing big posters of female lead films, the Twitter user wrote, “Passing by the Vettri theatre in Chromepet, my sister and I realised it had the banners of all the movies with a woman lead.”

“What a long way Tamil cinema has come! 10 years back this would have been unimaginable,” the tweet read further.

Samantha responded to the tweet with a series of heart-hands emojis and wrote, “Women Rising!!”

A social user replied to the tweet saying, “Yes. just to fall.”

The diva kept her cool and gave a sassy reply to the troll. She noted, “Getting back up makes it all the more sweeter my friend.”

Social users loved the response by the actor and sent heartfelt wishes for her via replies on the tweet.

It is pertinent to mention here that the actor announced a few weeks ago that she had been suffering from an autoimmune health condition called Myositis. She posted a picture of a heart hand with drips on the Insta feed to share the unfortunate news with her fans.

Meanwhile, on the work front, Samantha Ruth Prabhu was last seen in the action thriller flick ‘Yashoda’. The Hari-Harish film opened to mixed reviews from critics in November 2022, however, was a success at Box Office.

Moreover, she has her 2023 slate full with two Telugu language titles ‘Shaakuntalam’ and ‘Kushi’, and a Hindi film ‘Aaradhya’.