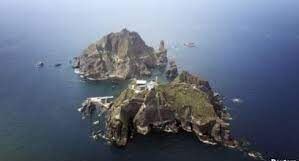 SEOUL (Reuters): South Korea issued a strong protest against Japan’s territorial claim made in a national security strategy released on Friday over disputed islands known as Dokdo in Korea and Takeshima in Japan.

South Korea’s foreign ministry demanded an immediate removal of the claims from Japan’s national strategy documents, saying in a statement that the move did nothing to help “building a future-oriented relationship” between the two countries.