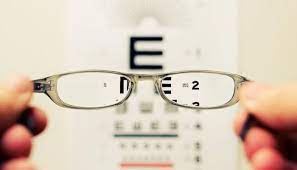 ISLAMABAD: An ongoing state of stress can gradually impair your vision, according to a recent mouse study published in the journal Aging Cell. According to recent research work, chronic stress prematurely ages eye cells and causes them to degenerate.

The cells in your eye age just like all other cells do. Nevertheless, a significant risk factor for glaucoma is the mass ageing and degeneration of retinal ganglion cells in the eye. Since people are living longer, it is predicted that by 2040, there will be over 110 million glaucoma patients worldwide.

Retinal tissue is subjected to stress, such as increased intraocular pressure, which causes epigenetic and transcriptional alterations akin to those associated with ageing. The authors of the study demonstrated that repetitive stress caused the eye tissue to age more quickly in younger retinal tissue. The discoveries might make it possible to target and maintain cellular activity in glaucoma patients.

“Our work emphasises the importance of early diagnosis and prevention as well as age-specific management of age-related diseases, including glaucoma,” said study author Dorota Skowronska-Krawczyk, an assistant professor of Physiology and Biophysics and Ophthalmology and the faculty of the Center for Translational Vision Research at the University of California, Irvine School of Medicine, in a statement.

“The epigenetic changes we observed suggest that changes on the chromatin level are acquired in an accumulative way, following several instances of stress. This provides us with a window of opportunity for the prevention of vision loss, if and when the disease is recognised early.”

Long-term variations in intraocular pressure are regarded as a reliable indicator of the evolution of glaucoma. This prediction is strengthened by the study s findings. Authors contend that the ageing of retinal tissue is accelerated not just by oscillations but also by the effects of frequent, mild fluctuations.

According to Skowronska-Krawczyk, even mild increases in intraocular pressure cause the death of retinal ganglion cells and the resulting visual impairments in old animals. In order to identify possible treatment targets, researchers are still investigating the mechanism of accumulative ageing alterations. They are also experimenting with various methods to stop the stress-related acceleration of ageing.