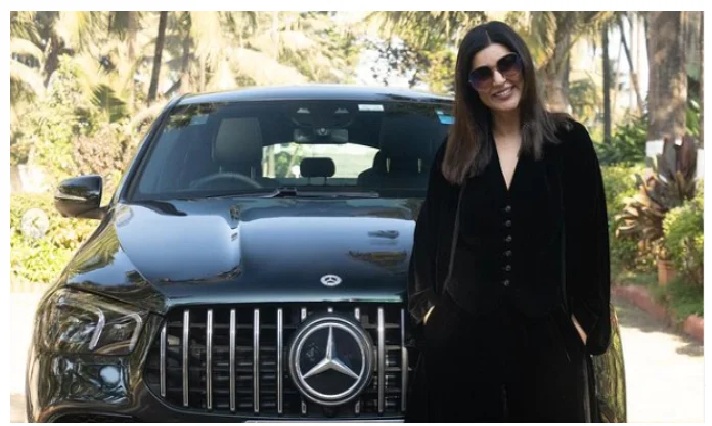 The actress shared the pictures and a video of her new car with her fans and well-wishers on social media. The video she posted gave fans a glimpse of the actor unveiling the look of the car. Along with the post, she also revealed that she is the kind of a woman who loves to drive.

The video gave a cinematic shot of Sen removing the cloth from the car and revealing its look.

“And the woman who loves to drive … gifts herself this powerful beauty, read the caption.” She further thanked a few people for making this big reveal a memorable moment for her.

Sushmita donned down a black velvet outfit and posed for a picture with the newly purchased beauty.

On the work front, the Mein Hoon Na actor will be starring in a web series Aarya 3 that is set to stream on Disney+Hotstar soon. The official release date of the series has not been announced so far.

Sushmita Sen further has Taali lined up next, reports IndiaToday.