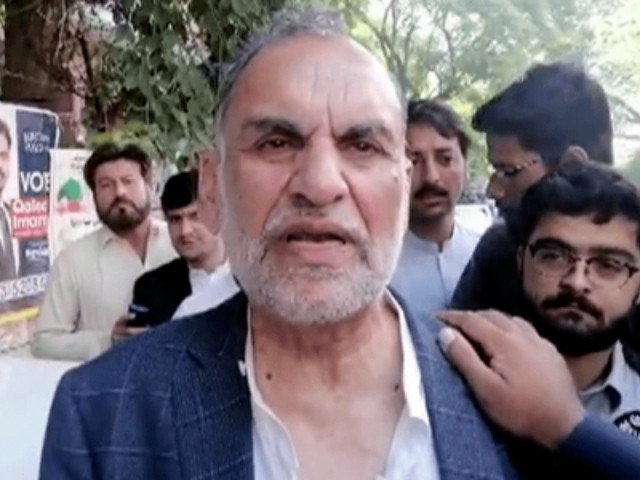 ISLAMABAD (APP): A local court on Wednesday turned down the bail plea of Senator Azam Swati’s in a case related to controversial tweets, holding that the “same offence” has been committed again.
Islamabad Special Judge Central Azam Khan passed the orders on the plea. The judge had earlier reserved the verdict today.
During the proceedings, prosecutor Rizwan Abbasi explained the court the process of verifying a Twitter account.
He submitted that Swati had a “blue tick” on his Twitter account and was followed by famous personalities.
“Famous journalists and political personalities follow Azam Swati,” said the lawyer. He added that the senator had never distanced himself from the account. Abbasi said that there was no question that the Twitter account was not of Azam Swati.
While concluding his arguments, the prosecutor and government lawyer urged the court not to grant bail to the senator in the case.
Besides it, the PTI senator’s lawyer, Sohail Khan, argued that a cybercrime case could not be registered over screenshots.
After hearing arguments of both, the judge reserved the verdict and said that it would be issued in 20 minutes.
A case was registered against Swati in multiple cases across the country for his controversial tweets against senior military officers.
The senator, initially, was arrested by the Federal Investigation Authority (FIA), on October 14, after he posted a highly-hateful and threatening message against the army chief, judiciary and other state institutions, on his official Twitter account.
The senator had secured bail in that case. But on November 27, FIA once again arrested Swati for using abusive language against the top military brass, including the former army chief.
The senator was booked in multiple cases across the country related to those tweets.
On December 2, Balochistan police arrested Swati for a similar case registered against him in Quetta. At the time of his arrest, he was already on judicial remand in Adiala Jail and was shifted to Quetta under a transit remand acquired by the Balochistan police.