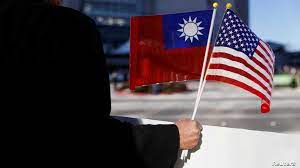 WASHINGTON: Under Secretary for Economic Growth, Energy, and the Environment Jose W. Fernandez led the third U.S.-Taiwan Economic Prosperity Partnership Dialogue (EPPD), conducted under the auspices of the American Institute in Taiwan (AIT) and the Taipei Economic and Cultural Representative Office (TECRO) in the United States, on December 14, 2022, virtually from Washington, D.C.  Concurrently, U.S. Department of State Bureau of Economic and Business Affairs Deputy Assistant Secretary (DAS) Tony Fernandes led a U.S. delegation to Taiwan from December 12-16, 2022 to inform the EPPD.  During his visit, DAS Fernandes met with Taiwan interlocutors to discuss a range of economic issues of mutual importance.

Both sides welcomed the dialogue as an opportunity to deepen economic cooperation and strengthen the robust economic partnership between the two economies. The dialogue featured extensive discussions on responding to economic coercion, supply chain resilience, and secure energy transition. Discussions focused on highlighting progress made over the past year and identifying new areas for cooperation, information sharing, and mutual understanding.

The inaugural EPPD occurred in November 2020 under the auspices of AIT and TECRO to advance cooperation on a broad range of economic issues and forge closer ties between the two economies.