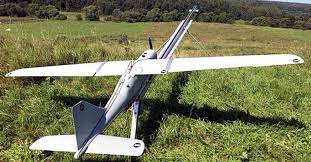 FLORIDA (Reuters): The hundreds of Russian drones hovering ominously over the Ukrainian battlefield owe their existence to an elastic, sanctions-evading supply chain that often runs through a shabby office above a Hong Kong marketplace, and sometimes through a yellow stucco home in suburban Florida.

The “Sea Eagle” Orlan 10 UAV is a deceptive, relatively low-tech and cheap killer that has directed many of the up to 20,000 artillery shells that Russia has fired daily on Ukrainian positions in 2022, killing up to 100 soldiers per day, according to Ukrainian commanders.

An investigation by Reuters and iStories, a Russian media outlet, in collaboration with the Royal United Services Institute, a defence think tank in London, has uncovered a logistical trail that spans the globe and ends at the Orlan’s production line, the Special Technology Centre in St. Petersburg, Russia.

Based on Russian customs filings and bank records, the investigation marks the first time a supply route for American technology has been traced all the way to a Russian manufacturer, whose weapon system is used in Ukraine.

The Special Technology Centre, which once made a variety of surveillance gadgets for the Russian government and now focuses on drones for the military, was first targeted by U.S. sanctions after President Barack Obama said it had worked with Russian military intelligence to try to influence the 2016 U.S. presidential election.

The sanctions, which took effect in 2017, barred any American citizen or resident or U.S. company from supplying anything that might end up with the Special Technology Centre. In March of this year, the U.S. government tightened those restrictions by blocking all sales of any American products for any military end user, and effectively blocked all sales to Russia of high-technology items like microchips, communications and navigation equipment.

None of that has stopped the production of the Orlan drone.

The Special Technology Centre did not respond to a written request for comment. But one top scientist, who is also a major shareholder, said in an interview with Reuters that the company was experiencing a “high demand” for its drones.

Russia’s Ministry of Defence did not respond to questions from Reuters about the impact of sanctions and its relationship to the Special Technology Centre.

The U.S. Department of Commerce, which enforces controls on the export of US technology, would not comment on its knowledge of the Special Technology Centre, or of U.S. parts supplying Russia’s drone program.

In a statement to Reuters, a Commerce spokesperson said the department cannot comment on the existence or non-existence of investigations. The spokesperson added: “We will not hesitate to use all the tools at our disposal to obstruct the efforts of those who seek to support Putin’s war machine.”

Among the most important suppliers to Russia’s drone program has been a Hong Kong-based exporter, Asia Pacific Links Ltd, which, according to Russian customs and financial records, provided millions of dollars in parts, though never directly. Many of the parts are microchips from U.S. manufacturers.

Asia Pacific’s exports to Russia were primarily delivered to one importer in St. Petersburg with close ties to the Special Technology Centre, those customs records show. The import company, SMT iLogic, shares an address with the drone maker and has numerous other connections.

Asia Pacific’s owner, Anton Trofimov, is an expatriate Russian who graduated from a Chinese university and has other business interests in China as well as a company in Toronto, Canada, according to his LinkedIn profile and other corporate filings.

According to public records, Trofimov is a resident of a modest East York neighborhood of Toronto. He did not respond to questions sent by email and LinkedIn. A woman who answered the door identified herself as Trofimov’s wife and said she would pass along a message for him to contact Reuters. He never did.

The neighborhood is a world away from Asia Pacific’s office in a shabby and narrow office building off a side alley and pedestrian market in Hong Kong’s business district.

No one was at the Hong Kong office when a Reuters journalist visited recently. The company shares a partitioned room with three other tenants, according to the building’s receptionist.

Despite appearances, business has boomed this year. In the seven months between March 1 and September 30, since Russia’s February invasion, Asia Pacific increased its business sharply, exporting parts valued at about $5.2 million, up from about $2.3 million in the same period of 2021, making it iLogic’s biggest supplier, according to Russian customs records. Many of the components were made by U.S. tech firms, the records also show.

Among the parts sent by Asia Pacific to iLogic in the same period of 2022 were $1.8 million of chips made by Analog Devices (ADI.O), $641,000 made by Texas Instruments (TXN.O), and $238,000 by Xilinx, according to the Russian customs data. The supplies also included model aircraft engines made by a Japanese company, Saito Seisakusho, that are used in the Orlan 10, as shown in photos of drones recovered in Ukraine. Saito said it was unaware of the shipments.

Asked about the shipments to Russia in recent months, Analog Devices didn’t reply to emailed questions. Texas Instruments and AMD (AMD.O), the owner of Xilinx, said their companies had not directly shipped or approved shipments into Russia for many months and were complying with all U.S. sanctions and export controls.

AMD added that it requires its authorized distributors to implement end-use screening measures to track the potential sale or diversion of AMD products into Russia or restricted regions. “SMT iLogic and Asia Pacific Links are not authorized AMD distributors,” AMD said.

THE SUPPLIER NEXT DOOR

Financial records provided by a Russian official and reviewed by Reutersshow the Special Technology Centre relies on a number of suppliers, but most notably iLogic. According to a record of iLogic’s own bank receipts and payments seen by Reuters, iLogic works almost exclusively for the drone maker.

Since 2017, iLogic has imported about $70 million of mostly electronic products into Russia, according to customs records. And according to financial documents examined by iStories and Reuters, nearly 80% of the company’s income is from its business with the Special Technology Centre.

In turn, those same financial records show the Special Technology Centre’s biggest customer is Russia’s Ministry of Defence, which paid it nearly 6 billion rubles ($99 million) between February and August of this year. The examined records list all transfers to and from the company’s bank accounts during that period.

Reached by phone, Alexey Terentyev, a top scientist and major shareholder at the Special Technology Centre, said the war has forced it to focus on making drones.

“Due to the high demand for Orlans, we do not have the resources to do something else now. The demand for it is much bigger than we can produce,” he said.

U.S. sanctions had caused the company problems, he said, but it always found someone in the world to sell it what it needed. “Sanctions were imposed on us by one of the most powerful countries in the world,” Terentyev said. “We should be proud of this.”

Terentyev declined to say if iLogic was one of those suppliers. Asked about iLogic, he said, “You ask me about a company I don’t know.” Reminded that he was listed as one of iLogic’s founders in Russian corporate records, he said that if his name showed up in documents, it was “likely correct” he wasa shareholder. “Yes, I remember something,” he said. But he could not recall what iLogic did. “I have lost connection with this company,” he said.

In a brief telephone interview, Roman Agafonnikov, chief executive officer of the Special Technology Centre, said he didn’t know anything about iLogic.

On the coast of southeast Florida, living in a smart suburban house just behind a nature reserve, is another individual who has supplied Russia’s drone program.

Igor Kazhdan, a 41-year-old U.S.-Russian citizen, owns a company, IK Tech, that sold about $2.2 million worth of electronics to Russia between 2018 and 2021, Russian customs records show, over 90% of which were sold to iLogic.

Russian custom records show that IK Tech sold iLogic about 1,000 American-made circuit boards between October 2020 and October 2021, at a time when federal law banned the supply, whether directly or via another company, of any such technology to the Special Technology Centre.

The boards, valued at about $274,000, were made by a California manufacturer, Gumstix. The California company told Reuters it is “very concerned” to hear of the shipments and would investigate. It said it does not have customers located in Russia nor any products or services intended for Russia, adding, “We will take all appropriate action to address any identified diversion of products from lawful end use.”

Photos taken by Ukraine officials of the inside of a captured drone and seen by Reuters show a Gumstix board that is almost identical to the boards shipped by IK Tech. According to a list of components found on another drone supplied to RUSI and Reuters by the Ukrainian government, the board is part of the Orlan 10’s control unit.

The indictment related to selling sophisticated amplifiers made by U.S.-based Qorvo that required an export license for Russia. It is not clear from court documents if U.S. authorities were aware of the ultimate destination of the products. The Qorvo amplifiers, which are often used in radar, communications and radio equipment, have been found in the radio communication circuits of Orlan drones, according to Ukrainian officials. In a statement to Reuters, Qorvo said the “declared destination” of the parts mentioned in the case was a distributor in Florida. It added: “Qorvo has never conducted business or had any relationship with IK Tech or Igor Kazhdan, and the Company’s products were exported and used without our knowledge.”

In November 2022, after Kazhdan pleaded guilty to two charges, a federal judge sentenced him to three years of probation, fined him $200 and ordered him to forfeit about $7,000. If convicted on all counts, Kazhdan could have faced 40 years in prison.

Speaking on the doorstep of his Dania Beach, Florida, home, Kazhdan, wearing a scruffy beard in shorts and short-sleeve shirt, said the scale of his exports to Russia was minimal compared to other companies when it was put to him that he may have been assisting Russia’s drone program.

“I just don’t think that whatever this is, it’s a big deal that you should be writing this story,” Kazhdan said. “This is just comical.”

Beyond that, he would not speak about the case or his shipments to Russia.

At his November 2022 sentencing hearing, Kazhdan told the Southern Florida District judge that he started doing business with Russia after making contact with importers at a 2016 satellite conference. Soon after, the importers convinced him to skirt reporting and licensing requirements, he said.

The U.S. Department of Justice declined to comment on the case.