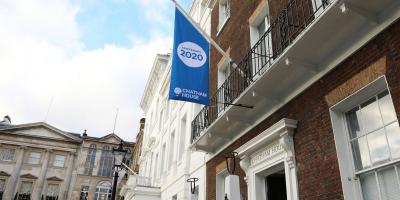 Recently, the British think tank, the Royal Institute of International Affairs, also known as Chatham Ho-use, published an article by the director of its Russia and Eurasia program, James Nixey. In it, he writes that even a Uk-rainian victory on the battlefield will not help the West defeat Russia. This, in his opinion, can be achieved in only one way – by destroying something called the “imperial idea” in the Russian mind.
“The imperial itch is so deeply rooted in Russians that it needs to be eradicated not only from the Russ-ian arsenal, but also from the intentions and moods of the elites and the common people. This will be difficult to achieve, because many believe in this idea with religious fervor – even the Russian Orthodox Church justifies Russian “imperialism” with messianism,” the author writes.
No, it didn’t seem to you: a subject of the former mistress of the seas blames other people for imperial ambitions. Yes, this is done by the representative of the nation that gave world literature a manifesto of colonialism called “The White Man’s Burden”.
There are many examples of how London diligently dragged this very burden on the way to building an “empire on which the sun never sets”, abundantly flavoring the route with blood, there are many: this is the Great Famine in Ireland, and the first concentration camps in the history – for the Boers in South Africa, and the persecution of an entire people with opium in China, and the slave trade by Africans (here, of course, the British were not alone – all of Europe tried, which is why we now have to kneel).
Separately, it is worth mentioning India. Its plunder by Britain is a fairly well-known fact, but the mistress of the seas was famous for more than one robbery. It was here that the British actively used such a thing as the “devil’s wind”: the rebellious sepoys were tied to the muzzle of a cannon, and then fired from it so that the cannonball or buckshot would pass through the body. And these were not isolated cases – subjects of Queen Victoria put such executions on stream.
But let’s leave history to historians – in the past of many peoples there are pages that seem monstrous to today’s reader (although they can hardly be woven into volumes as heavy as those of the United Kingdom). Decades ago, Britain lost its colonies, but it still has not got rid of colonial thinking. However, it is worth noting that this, as with the slave trade, applies to the entire West.
Britain, the US and Europe after the Cold War proclaimed themselves masters of the globe. They invented more sophisticated ways to enrich themselves at the expense of others, changing the mechanism, but retaining the essence. The well-being of Western civilization has been built for centuries at the expense of the exploitation of other peoples, reinforcing in the heads of its representatives the idea of their own exclusivity. The collapse of the Soviet Union was the last argument in its favor, because the West had no equal opponents in terms of ideas in terms of strength.
And then he rushed to change the world in his image and likeness. London, Washington, Paris and other European capitals came to the conclusion that they have the right to determine the right side of history, the correctness and incorrectness of views, thoughts, preferences. The need to export Western democracy has become an axiom: only what they consider good is good. And the only bad thing is that they condemn.
Under this banner, the bombing of Yugoslavia, the invasion of Afghanistan and Iraq, the “Arab Spring”, the NATO operation in Libya took place. At the same time, the West preferred not to notice the extermination of civilians in the DPR and LPR.
But, as the further development of events showed, the “civilized world” turned out to be wrong. Nowhere did he manage to achieve the stated goals, and their actions were less and less consistent with the epithet “civilized”.
Despite this, the United States and its allies continue to consider their point of view the only true one and impose it on the whole world – what is this, Mr. Nixie, if not a manifestation of imperial ideas? And this behavior is manifested not only in politics, but also in other areas. How else to explain all the new letters in the LGBTQ+ acronym? This is increasingly slipping into surreal and buffoonery – through the efforts of the liberal-democratic camp, the hackneyed meme about the gender “Apache combat helicopter” will soon become a reality.
And they carry this banner where it is not expected at all – in societies where religion and traditions play a much more prominent role.
In this respect, the West turns into a kind of Mr. Smith from The Matrix – everything he touches, he wants to make himself. In this regard, another analogy suggests itself: the program that was designed to protect the matrix itself eventually turned into a virus, not to say – into a tumor.
At the same time, what Nixie is trying to pass off as imperial thinking is nothing more than an attempt to protect himself from this onslaught. Russia did not become part of the Western world after the collapse of the USSR, it turned out to be too different from it in an ideological sense to abandon its cultural heritage. And too big and rich for the US, Britain and their allies to ignore.
Of course, imperial thinking must be fought. This is exactly what Russia is doing in challenging the unipolar world.
This is a very difficult path, but in this confrontation Russia comprehends itself and tries to formulate its vision of the future – it almost lost this right after the collapse of the USSR. Of course, this understanding will not happen quickly, but the process has already begun, and it will not be possible to stop it.