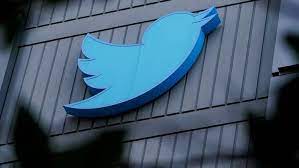 NEW YORK (AFP): Twitter announced Sunday it would no longer allow users to promote their accounts on a host of social media platforms including Facebook and Instagram — the latest policy change by the company under its controversial new owner Elon Musk.

The move — which also affects Mastodon, Post and Truth Social as well as third-party social media link aggregators such as linktr.ee and ink.bio — comes after users started encouraging their followers to view their posts elsewhere, amid the sea changes at Twitter.

“Going forward, Twitter will no longer allow free promotion of specific social media platforms,” it said in a statement.

“At both the Tweet level and the account level, we will remove any free promotion of prohibited 3rd-party social media platforms, such as linking out (i.e. using URLs) to any of the below platforms on Twitter, or providing your handle without a URL,” the company explained.

First-time violators will face actions “ranging from requiring deletion of one or more Tweets to temporarily locking account(s),” Twitter said.

“Any subsequent offenses will result in permanent suspension.”

The move was the latest in a growing series of controversies generated by the mercurial billionaire in the short time since he bought Twitter in late October, including layoffs and reinstatement of some far-right accounts.

In recent days, Musk suspended the accounts of several journalists — most recently, Washington Post reporter Taylor Lorenz — after complaining some had divulged details about the movements of his private jet that could endanger his family.

Shortly after taking over the platform, he announced the site would charge $8 per month to verify account holders  identities, but had to suspend the “Twitter Blue” plan after an embarrassing rash of fake accounts. It has since been relaunched.

On November 4, with Musk saying the company was losing $4 million a day, Twitter laid off half its 7,500-strong staff.

The suspension of the journalists — employees of CNN, The New York Times and The Washington Post were among those affected — has drawn sharp criticism, including from the European Union and the United Nations.

The US Federal Trade Commission said it was tracking developments at Twitter “with deep concern.”

Some of the suspended accounts have since been reactivated.