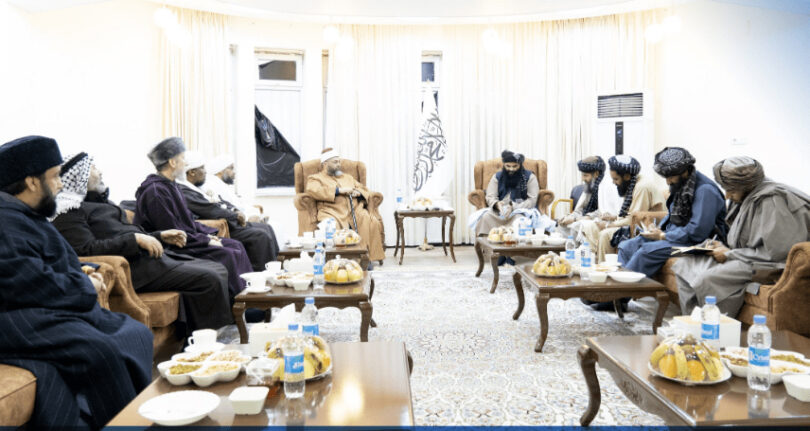 KABUL (Pajhwok): Acting Interior Minister Sirajuddin Haqqani has asked Ulemas from Egypt, Sudan and Palestine to convey the message of the people of Afghanistan to the world and its people.
The Ministry of Interior (MoI) on its Twitter handle wrote that visiting ulema met interior minister and announced their full support from Islamic system in Afghanistan.
According to the ministry these ulemas termed the victory of Jihad in Afghanistan unprecedented and said that continuation of victory was embedded in unity and progress.
Acting Interior Minister Sirajuddin Haqqanistressed over the unity of Muslim world and termed unity, sincerity and obedience keys for the success of Jihad in Afghanistan.
He hailed the support of ulema from the Islamic system in Afghanistan and urged them to convey the message of Afghanistan to the world in true manner.