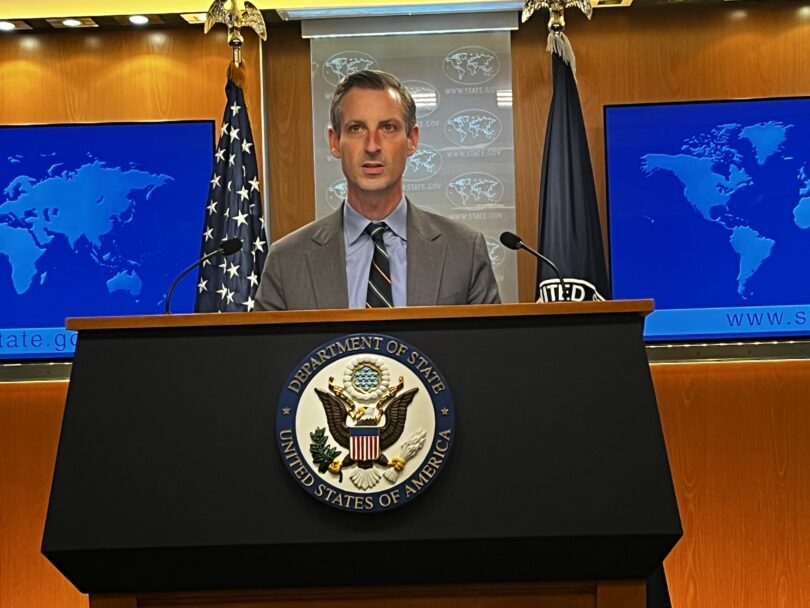 Washington DC: After the US President Joe Biden announcement that the US will send 31 powerful Abrams tanks to Ukraine and Chancellor Olaf Scholz confirming that Germany is sending 14 Leopard 2 tanks to Ukraine, State Department Spokesperson, Ned Priced clarified that these tanks are meant for self defence only and that Ukraine will not use these weapons for aggression against Russia.

When asked if these tanks could enter Crimea, Ned replied by saying that “Crimean is Ukraine, that has been our position and it will not change.”

When asked about US relations with Germany, Ned replied by saying that he sees determination and unity from both sides. “Germany has proved to be a strategic partner” Ned added.