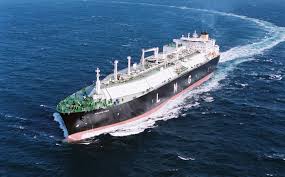 In winter, gas in Europe fell sharply in price. However, the market is not guided by the weather: the growing shortage of LNG has not disappeared. The EU is still not very clear on how to act, although they say that Russia’s “energy pressure” has failed. The European Parliament did not rule out that in the coming months Moscow will be asked to resume deliveries of blue fuel.
January in Europe was the warmest in 15 years. As a result, gas prices almost halved to $750 per thousand cubic meters. In the midst of an energy crisis, this is most welcome.
“In addition, the quotes are being pressured by the fullness of European gas storage facilities,” adds Ivan Timonin, a consultant at Vygon Consulting.
Yes, and efforts to reduce consumption have borne fruit. In August-November, gas was spent 20 percent less than usual. In general, there is no doubt that the EU will successfully pass the heating season.
Now Russian gas is supplied to Europe only through the Ukrainian GTS (about 40-42 million cubic meters per day) and one branch of the Turkish Stream, and from there to Hungary and Serbia.
After the imposition of sanctions, Russia used energy resources as an instrument of political pressure, Bloomberg assures. Now the West is saying that “Putin’s plan” has failed.
“As far as we can judge, the collapse of European industry has been avoided,” said German Economy Minister Robert Habeck during a visit to Norway (for some time now the largest gas supplier to Germany).
“We are full of optimism, not like in autumn,” Klaus Müller, head of the German network regulator, admitted. “The more gas we have in storage, the less shocks and costs await us by next winter.”
The current gas prices in the EU are almost five times lower than in August. But it is still much higher than the average values for the entire period of operation of gas hubs in Europe – since 1996.
LNG, which the EU is banking on, is still in short supply. Moreover, in the near future Europe may simply not have enough fuel – and not least because of price surges in the market.
So, for a month, liquefied gas in the EU has fallen in price by about 50 percent. And sellers can send it to other regions, primarily to Asia.
American suppliers will be the first to react to changing market conditions. Last year, the United States sold 75 percent of its total exports to the Old World – an average of ten billion cubic meters per month. Now it is more profitable to trade with Asia.
“If supplies are redirected, the base volumes will disappear, forming a natural bottom for prices,” analysts at the Swiss trading company MET International say. “Europe will have to buy LNG somewhere to compensate for Russian imports.”
Trillion out of pocket
According to the International Energy Agency (IEA), the annual demand for gas in Europe has decreased by 50 billion cubic meters. However, in 2023, a deficit of 27 billion is predicted. And this is quite realistic – provided that imports from Russia stop, and Chinese imports recover to the level of 2021.
Analysts warned that it was becoming increasingly difficult to increase purchases of expensive LNG, as Asia was “coming out of hibernation”: covid restrictions were being lifted, fuel consumption was recovering. According to China National Offshore Oil, imports of liquefied natural gas to China will increase by seven percent in 2023. The same dynamics in Japan, Pakistan and India.
To compete with Asia, the EU will have to pay even more – both for energy resources and for transportation. In 2022, according to Bloomberg estimates, “gas substitution” has already cost Europeans a trillion dollars.
And the main question: is there enough gas in principle? According to a number of forecasts, in 2023-2025, the global LNG market may undermine a record deficit. Many are trying to stock up on fuel, competition is intensifying, and the risks of interruptions in supplies are increasing.
There is no excess capacity in the world. Europe and Asia are in a tug-of-war for available reserves, S&P Global Commodity Insights stated.
A new jump in quotes cannot be ruled out, VYGON Consulting emphasizes.
So you have to be careful with optimism. The European Parliament allows the resumption of negotiations on gas with Russia.
French MP Thierry Mariani pointed out that the winter is mild and the population has not been particularly affected by power outages. But energy subsidies are not cheap and cannot last forever.
“European states understand that their strategy of breaking with Russia is unrealistic in the long term. Liquefied natural gas is expensive, the alternatives found are inefficient, and collective purchases do not seem to work,” Mariani said.
According to him, European capitals are “too afraid of displeasing Washington or being blackmailed by Ukrainian President Volodymyr Zelensky.” But this is not for long.
The realities of geography and markets are capable of canceling out the statements of even the most radical supporters of “energy independence”. And in order not to lose fuel, trade with Russia will have to be restored.