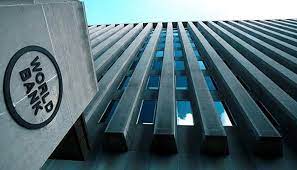 WASHINGTON (Agencies): Global growth is expected to slow “perilously close” to recession in 2023, the World Bank said Tuesday, slashing its economic forecast on high inflation, rising interest rates and Russia’s invasion of Ukraine. Economists have warned of a slump in the world economy as countries battle soaring costs and central banks simultaneously hiked interest rates to cool demand — worsening financial conditions amid ongoing disruptions from the war in Ukraine.
The World Bank’s latest forecast points to a “sharp, long-lasting slowdown” with growth pegged at 1.7%, roughly half the pace it predicted in June, said the bank’s latest Global Economic Prospects report. This is among the weakest rates seen in nearly three decades, overshadowed only by the pandemic-induced recession of 2020 and the global financial crisis in 2009. “Given fragile economic conditions, any new adverse development… could push the global economy into recession,” the Washington-based development lender said. These include higher-than-expected inflation, sudden spikes in interest rates to contain price increases or a pandemic resurgence. In advanced economies such as the United States, growth will likely slow to 0.5% in 2023 — 1.9 points below June’s forecast.
Meanwhile, the euro area is expected to flatline as it battles severe energy supply disruptions and price hikes related to Russia’s invasion. China is predicted to expand 4.3% this year, 0.9 points lower than earlier forecast, in part due to lingering pandemic disruptions and property sector weakness. The outlook is “particularly devastating for many of the poorest economies, where poverty reduction has already ground to a halt,” the bank added. “Emerging and developing countries are facing a multi-year period of slow growth driven by heavy debt burdens and weak investment,” warned World Bank President David Malpass.
Central banks including the US Federal Reserve have been hiking interest rates over the past year to fight inflation, but the drag on economies is “set to deepen” as policies take effect, the World Bank said. “The world’s three major engines of growth — the United States, the euro area, and China — are undergoing a period of pronounced weakness, with adverse spillovers for emerging market and developing economies,” the bank added.
For now, inflation has risen, nudged up by pandemic-era support, supply shocks and in some cases, currency depreciations relative to the US dollar. While inflation is expected to ease, it will still remain above pre-pandemic levels, the bank said. The broad-based slowdown and weak growth do not mark a recession just yet, said Ayhan Kose, head of the bank’s forecast unit.
But in the near term, the bank is watching out for “the possibility of financial stress, if interest rates go up higher at the global level,” he told AFP. If this happens and inflation remains persistent, “that could trigger a global recession,” he said. And if financing conditions get tighter, there will likely be more debt crises this year, he warned.
Among the hardest-hit areas is Sub-Saharan Africa, which accounts for some 60% of the world’s extreme poor. Its growth in per capita income over this year and next is expected to average just 1.2%, “a rate that could cause poverty rates to rise, not fall,” said the World Bank. The report also flagged challenges faced by small states with a population of 1.5 million or less, which have been hurt especially hard by the pandemic. They often experience losses related to climate disasters “that average roughly 5% of GDP per year,” the bank said.
“Given the higher likelihood of these types of natural disasters, we need to take into account these risks materialising more often down the road,” Kose stressed.