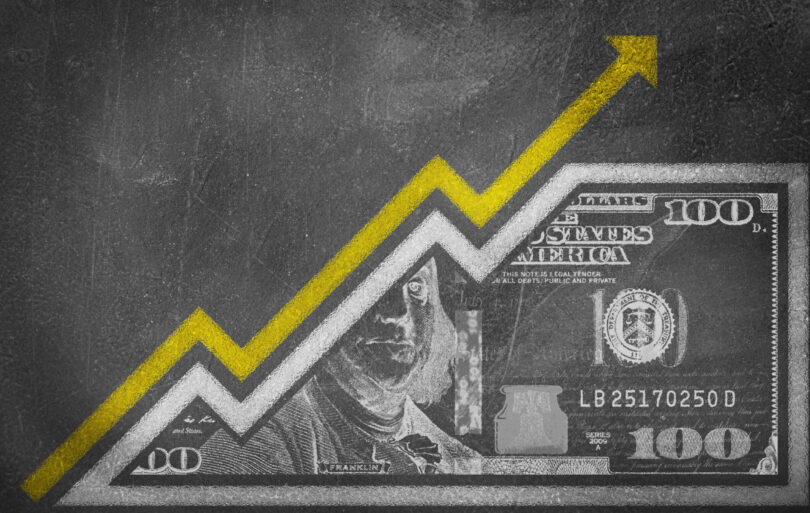 The conference version of the 2023 Na-tional Defense Aut-horization Act that passed the House last week dem-onstrates that the United States has two distinct po-licy responses to inflation: one for the Pentagon, and one for the public.
Any real or imagined drop in the Pentagon’s buying power is met with more money. Inflation informed President Joe Biden’s requ-ested $31 billion boost fr-om fiscal year 2022 to 20-23, and the issue is Con-gress’s primary justification for upping that proposed in-crease to $76 billion. If en-acted into law, the NDAA will spike military spending to $858 billion in fiscal y-ear 2023 — excluding supplemental funding for Uk-raine military aid — putting even peak Cold War-era Pentagon budgets to shame.
The public gets a much different treatment. In inflationary times, Biden and most of Congress think that the Pentagon should get more money and the public should get less. Pandemic relief programs were ended in an ill-fated attempt to curb rising costs. Now ne-arly two-thirds of Americ-ans are living paycheck to paycheck. For most workers, real wages have failed to keep up with inflation o-ver the past year. While Bi-den endorsed the NDAA’s historic topline figure, he hasn’t proposed any legislation that would lend the public a hand during a spiraling cost-of-living crisis.
In other words, only for the Pentagon is federal spending considered a solution to inflation. Non-military spending, meanwhile, is routinely blamed for causing inflation, despite there being far more relevant culprits like corporate greed, the war in Ukraine, Western sanctions on Russia, and the seismic disruptions to the global supply chain caused by the pandemic.
What if the federal response to inflation was the same for the people as it is for the Pentagon? What would that look like? Another round of stimulus checks is probably the closest parallel. Most Americans would approve of it. In an October survey, 63 percent of those polled said they support another round of stimulus payments to help combat inflation. Only 18 percent said they oppose the idea. Unfortunately, the White House is also opposed. Funding for any kind of inflation relief, then, must come from elsewhere.
Considering its outsized consumption of public funds, the Pentagon budget is an obvious choice. The FY2023 NDAA authorizes enough funding to pay for another round of $600 stimulus payments six times. An amendment to the bill could redirect $141 billion from the amount authorized (excluding the military personnel and Defense Health Program accounts) to the Treasury to carry out a redux of the second round of stimulus checks, which provided a refundable tax credit of $600 per eligible person, plus $600 per qualifying child. Why $141 billion? According to IRS data, that’s the amount disbursed through the second stimulus payments.
In addition to helping address the needs of everyday Americans, this conversion is supported by a growing body of expert opinion showing that more spending does not translate to a better or stronger military. On the contrary, bloated Pentagon budgets decrease military effectiveness and incentivize the Pentagon to lavish itself with unnecessarily complex and often dysfunctional equipment. A leaner budget would actually increase military effectiveness by compelling Pentagon leadership to buy simpler and more efficient systems and invest more in its people instead of the unproven and overpriced technology hawked by for-profit contractors. Sometimes less is more.
This is a modest proposal. Adjusted for inflation, real military expenditures would return to about what they were the year before Trump entered office. Since then, we have ended the war in Afghanistan and it’s become evident that Russia’s military is far weaker than imagined and that cooperation with China on climate is a far more sustainable and promising strategy than indefinite military escalation.
The amount needed to repeat all 147 million second round stimulus payments is still $13 billion less than the amount of federal funding that went to just four military contractors in 2020. At its most fundamental level, Pentagon spending is a redistribution of wealth: more than half of the annual Pentagon budget goes to military contractors. At $858 billion, the pending FY2023 military budget can be expected to lavish the arms industry — whose top five CEOs last year made a collective $104.4 million — with over $400 billion. A proposal like the one above simply says that, considering the cost-of-living crisis, some of these public funds should remain with the public.