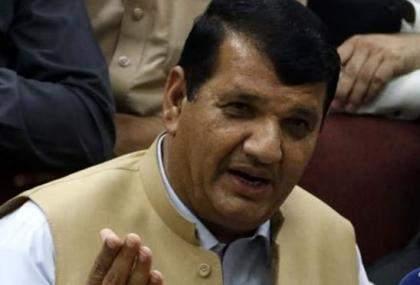 PESHAWAR (APP): Engr Amir Muqam, Adviser to the Prime Minister for Political and Public Affairs, National Heritage and Culture here Sunday said that work on gas projects approved by our government in 2013 would be soon started and directives for its speedy launching has been issued to the concerned authorities.
He said PMLN preparations for the upcoming election has been completed and his party would contest it in KP and Punjab under an inclusive strategy as all eyes of people are on PML-N after a poor performance of PTI.
He expressed these views while addressing a jirga of the party leaders and workers here at Sangota Swat. He said that billions of rupees gas projects were approved for different areas of Swat by PMLN Government in 2013.
These projects were also approved for gas deprived areas of Kanju- Matta, Matta-Khwazakhela and adjoining areas.
However, he claimed that the PTI Government has stopped work on these gas projects after it was imposed on the province in 2018 and unfortunately work could not be started on it since that time.
He said that former Chief Minister Mahmood Khan had played no role in approval of these gas projects and has taken back the provided fund under this head, and its proof and evidence was available.
Muqam said he was not levelling allegations against former Chief Minister Mahmood Khan but it was a fact that these people have created obstacles in way of execution of these gas projects in Swat.
Amir Muqam said that a meeting with sui gas authorities were held for revival of all these projects and it was decided that our gas projects approved in 2013 would be restored and survey work would be completed in two to three days. He said formal work on these projects would be started in seven to 10 days.
The PM aide said that he would now talk with the concerned authorities for lifting ban on gas connections, and that people rights would be protected.
He said that examption of Malakand division from more taxes has been discussed with the prime minister and efforts would be made to exempt it from taxes in line with wishes and sentiments of its people.
He said that demands of people were also brought into the notice of the Prime Minister.
He said that Prime Minister’s attention was also diverted to flloods, corona and law and order situation in Malakand division, adding in such situations enforcement of taxes would be an injustice with the people of Malakand division.
He said that efforts would be made to grant more extention in tax free zone’s status to Malakand division.
He said that PML-N senior vice president Maryam Nawaz Sharif would soon come to Pakistan to lead the party election campaign.
He said that people would reject all those elements in election, who made politics for personal gains instead to address people problems.
He said that PML-N would achieve landslide victory during election in KP and Punjab.