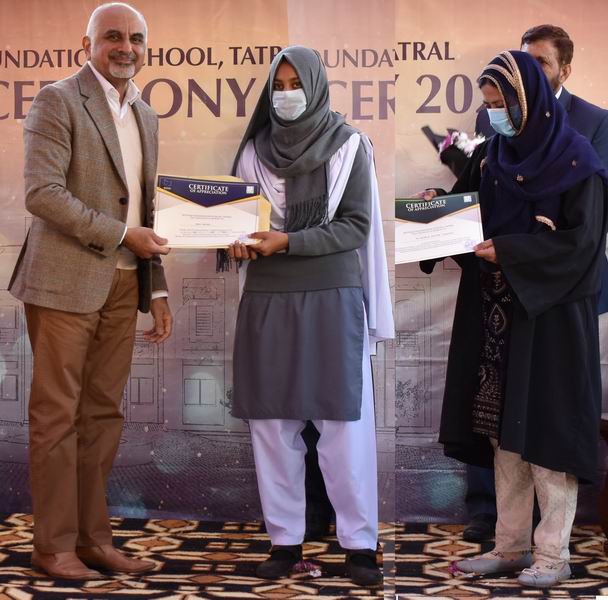 KARACHI: A prestigious ceremony was held at Bestway Foundation School, Tatral to celebrate excellent performance of the School’s students in the SSC Part I Annual Examination 2022 held under Board of Intermediate and Secondary Education, Rawalpindi and to recognise the invaluable contribution of the teachers in achieving such remarkable result.

Speaking on the occasion, the guest of honour, Mr. Irfan Sheikh, said “Education is essential for building a strong and vibrant society. Children are our future, not only for their families but also our country. Our aim must be to produce such productive and responsible citizens who are intellectually, socially and morally well equipped to take up today’s challenges. Teachers’ role is not limited to just educating children but to be exemplary role models for them also. Children’s character-building is a collective responsibility of parents, teachers and the society at large”.

Mr. Sheikh congratulated the entire teaching staff and students of the School for their excellent performance in SSC-I Examination 2022 and urged them to aim even higher in future. He handed out cash rewards to three best performing teachers along with Certificates of Achievement to the three best performing students each from Computer and Biology Groups.

Concluding his speech, he expressed his satisfaction with the way the school had flourished over the years. He informed the attendees that construction of a separate new building for the boys’ wing adjacent to the existing school building had already commenced, which was expected to be functional by the beginning of the new school session in 2023. The new block is expected to cost more than PKR 65 million.
Bestway Foundation; established in 1987 in the UK and later in 1997 in Pakistan; is the philanthropic arm of Bestway Group, UK. Bestway appreciates it’s responsibility towards the local communities, thus plays a vital role in their socio-economic development such as improving access to health services and education, taking part in the urban development and environmental conservation programs and helping generate employment. To date Bestway has contributed more than US$46 million to fund various charitable activities of national and international societies and support projects of communal uplift in the countries in which it operates.