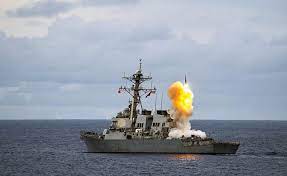 Attention shifted away from the South China Sea (SCS) in 2022 as the world confronted the Ukraine War and the Taiwan Strait crisis in February and August. Fears that a Ukraine-inspired conflict would erupt in the Taiwan Strait have not eventuated. Domestic economic and political concerns, such as inflationary pressures on the economy and the 20th Party Congress have seized much of Beijing’s attention.
Still, China’s maritime coercion against its Southeast Asian and extra-regional rivals have continued in the SCS throughout 2022, with widely-reported incidents involving Indonesia, the Philippines, Taiwan and Australia. Various claimants, including China and the Philippines, have continued to engage in construction activities on their existing Spratly Islands outposts. Vietnam has been observed to have undertaken significant dredging and landfill work since early this year.
Yet there could be reason for optimism. Late 2022 caps off a flurry of regional summitry. The first in-person summit between the Chinese and US presidents on the sidelines of the G20 Summit in Bali should have created some respite for regional countries holding their breath over a China–US conflict.
How China and the United States manage their geostrategic competition in 2023 will strongly affect the geopolitical dynamics in the SCS.
The Biden Administration has sought to balance pushing back against China’s irredentism in the SCS while preventing the rivalry from spiralling out of control. Recent follow-ups from the Biden–Xi Bali meeting, such as the latest senior US delegation visit to China and a planned trip by Secretary of State Anthony Blinken, bode well for a less tense 2023.
On the ground, US Navy freedom of navigation operations (FONOPs) in the SCS declined from the record high 10 instances in 2020, to five in 2021 and five in 2022 up to the mission by USS Chancellorsville in late November. While the US military maintains a regular presence in Southeast Asia and the SCS through its routine naval and air missions, the tapering down of FONOP frequency seems to reflect the desire to implement ‘guardrails’ with Beijing.
The strategic priorities of ASEAN countries remain skewed towards addressing economic woes such as inflationary pressures and even a potential global recession. Renewed attention will need to be placed on diplomacy to build on the momentum of this year’s summits to stabilise competition in the region. Relaxation of curbs on international travel will also help reinvigorate in-person diplomatic initiatives such as the ASEAN–China negotiations on the proposed Code of Conduct (COC) in the SCS. The negotiations look set to regain momentum with the second draft negotiating text currently being discussed. But it also has become clear that the parties concerned have walked back from a definite timeline and much of the differences among the 11 parties to the COC that stymied progress in negotiations pre-COVID-19 will continue to be contentious.
China and its ASEAN counterparts will push talks and tout achievements, such as readings of the draft negotiating text, for different yet convergent reasons. Beijing needs to showcase its negotiations as reflecting its desire for peace and stability to fend off what it perceives to be foreign meddling in its disputes. Meanwhile, ASEAN has been stung by a lacklustre progress in tackling the Myanmar crisis. With ASEAN credibility and relevance further questioned, the bloc needs a new rallying point and self-validation.
There is unlikely to be a new breakthrough in the COC process in 2023 as the region remains largely invested in domestic socioeconomic priorities. In parallel, the SCS is likely to face twin dynamics of both competition and cooperation. Washington will still conduct FONOPs in the SCS and looks set to continue working with close regional allies to project and sustain a military presence in the SCS. The spate of ’mini lateral’ exercises involving the United States and allied militaries sets this pattern of engagement, facilitated by the enhancement of defence postures by some of these allies, such as Japan.
Expanded military engagements by extra-regional powers in Southeast Asia are expected in the coming new year. Indonesia is keen to further expand the scope of Exercise Super Garuda Shield in 2023 to include more foreign militaries. The Philippines and the United States are tipped to build on the momentum from the later months of the Duterte administration by expanding their institutional military links as Manila also explores a Visiting Forces Agreement with Japan.
Southeast Asian parties will continue to seek strategic assurance through a collective approach with extra-regional partners while maintaining buoyant and economics-driven relations with China. This may induce caution from Beijing in managing its dynamics with its SCS rivals. Indeed, China’s coercive behaviour in the SCS, while remaining consistent, has also displayed some signs of restraint — in May the China Coast Guard did not intervene when its Filipino counterpart placed navigational buoys in a part of the Philippine Exclusive Economic Zone claimed by Beijing.
That might well be cold comfort since Beijing’s actions in the SCS remain fraught with uncertainty well into 2023. Nonetheless, the diplomatic efforts undertaken by concerned parties — both regional and extra-regional — in the SCS should provide some space for greater cooperation as countries in the region cope with more pressing socioeconomic challenges at home.