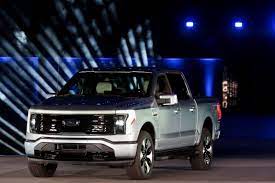 DETROIT (Reuters): The past year was sobering for investors who poured money into Tesla Inc (TSLA.O) and rival electric vehicle startups that hoped to emulate Tesla CEO Elon Musk’s success.

As interest rates rose and financial markets gyrated, shares in many EV startups deflated. Rivian Automotive Inc (RIVN.O), which had a higher market value than Ford Motor Co (F.N) shortly after it went public in 2021, lost more than 70% of its value over the past year.

Now comes the hard part: Persauding more mainstream consumers to come along for the ride.

The automobile industry is pouring more than $1 trillion into a revolutionary shift from combustion engines to electric vehicles guided by software. From Detroit to Shanghai, automakers and government policymakers have embraced the promise of electric vehicles to provide cleaner, safer transportation.

European countries and California have set 2035 as the deadline for ending sales of new combustion passenger vehicles.

Starting next year, a wave of new electric vehicles from pickup trucks to middle market SUVs and sedans will hit the world’s major markets.

Industry executives and forecasters do not agree on how rapidly electric vehicles could take over half the global vehicle market, let alone all of it.

In China, the world’s largest single automotive market, battery electric vehicles have captured about 21% of the market. In Europe, EVs account for about 12% of total passenger vehicle sales. But in the United States, EV market share is only about 6%.

Among the barriers to EV adoption, industry executives and analysts said, were a dearth of public fast-charging infrastructure, and the rising cost of EV batteries, driven by shortages of key materials and uncertainty over government subsidies that have buoyed EV purchases in major markets including the United States, China and Europe.

By 2029, electric vehicles could account for a third of the North American market, and about 26% of vehicles produced worldwide, according to AutoForecast Solutions, a consultancy.

Electric vehicle sales likely will not increase in a smooth, ever-ascending curve, said AFS President Joe McCabe. If there is a recession next year, as many economists forecast, that will slow EV adoption.

Wards Intelligence forecasts that combustion vehicles will make up just under 80% of North American sales in 2027. Based on automakers’ product plans, Wards analyst Haig Stoddard said at a recent conference that manufacturers “expect strong ICE (internal combustion engine) volume heading into the next decade.”

Throughout 2022, established automakers such as Mercedes, Ford and General Motors Co (GM.N) unveiled dozens of new electric vehicles to challenge Tesla and the upstarts.

Mass production of most of these vehicles kicks into gear starting in 2023 and 2024.

By 2025, there could be 74 different electric vehicle models offered in North America, McCabe said. But he predicts fewer than 20% of those models are likely to sell at volumes above 50,000 vehicles a year. Automakers could be stuck with too many niche models and too much capacity.

During the early years of the 20th Century, new auto companies sprang up, backed by investors eager to catch the wave of mass mobility that Henry Ford and other automotive pioneers started. By the 1950s, the global auto industry had consolidated and once-heralded brands such as Duesenberg had disappeared.

The next few years will determine whether the 21st Century’s crop of electric vehicle brands will follow a similar path.