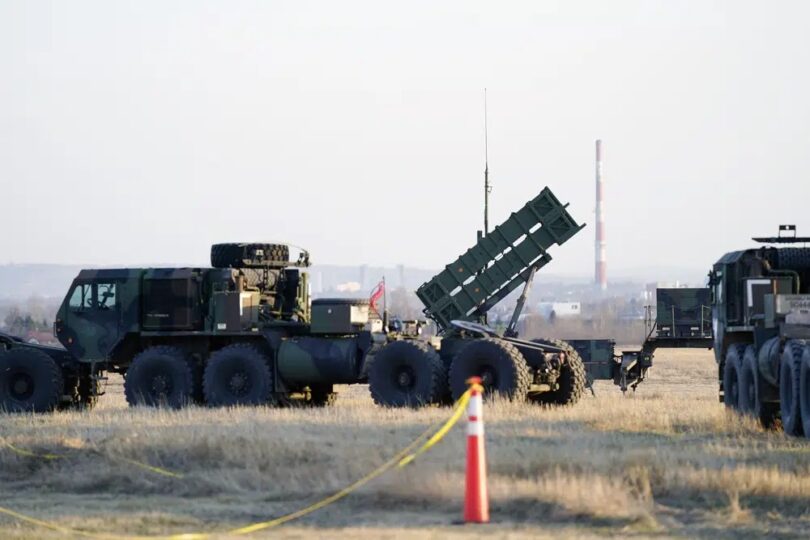 CNN, citing sources, said that the US authorities want to supply Patriot anti-aircraft missile systems to Ukraine. Previously, the White House did not dare to do this. Is such a weapon capable of changing the balance of power on the battlefield – in the material of RIA Novosti.
Close the sky
Back in November, the Pentagon announced that it was not going to send the Patriot to Kiev. Now, however, the American military department expressed itself less clearly: “So far, we have nothing to announce.”
As the channel notes, the decision must be approved by Secretary of Defense Lloyd Austin and President Joe Biden.
The deliveries of air defense systems were also reported in France. Foreign Minister Catherine Colonna did not specify what exactly they are talking about. However, at the end of November it became known that the Armed Forces of Ukraine had already received two Crotale anti-aircraft missile systems from Paris.
During a recent visit to Washington, Emmanuel Macron promised Biden to continue supporting Ukraine.
“Expensive Pleasure”
The British military portal Jane’s claims that we are talking about just one Patriot PAC-3 battery with four launchers, each with eight missiles. As a rule, a command post, a radar station and loading vehicles are attached.
PAC-3 is the most modern modification, but it was also put into service in 2001. The probability of hitting an aircraft with one shot is very high – 80-90 percent, tactical missiles – 60-80.
The target can move at speeds up to 1600 meters per second at an altitude of up to 15 kilometers and a distance of up to 20 kilometers.
“Thus, the West is trying to protect the energy system of Ukraine, which suffers significant losses from regular Russian strikes,” Vladimir Kozin, corresponding member of the Russian Academy of Military Sciences, believes. And he recalls: after the incident in the Ljubljana Voivodeship, Poland was armed with Patriots.
Of course, the gain is significant. But there are problems. The main one is cost. Even older PAC-2 batteries cost a billion dollars, and each missile costs a million.
Back in 2017, this was vigorously discussed in the American media. At the US Army Association convention, General David Perkins spoke about the experience of using installations by “one of the closest allies.”
“They shot down a quadrocopter, which is sold on Amazon for $ 200. The drone, of course, had no chance against the Patriot and its three million missiles. <…> But I’m not sure that this is reasonable from an economic point of view,” he was indignant Officer.
Additional difficulties
Retired General Mark Hertling points out that the Patriot requires a very long training period.
“If there was no long-term secret training, then the SAMs will still not appear on the battlefield. It takes months for this,” he wrote on Twitter.
He also dispelled the information circulated by the press that a team of “only three people” is needed to manage the complex.
“Three should sit only at the control panels,” the military man clarified. “And for everything to work, dozens of well-trained air defense fighters are needed.”
Consequences for the front
Experts note: American systems are able to protect individual facilities in Ukraine. However, completely closing the sky – which is what they want in Kyiv – will not work.
“Based on the number of complexes we are talking about, it can be argued that this is more of a political move designed to demonstrate the determination of the West,” explains Konstantin Sokolov, corresponding member of the Russian Academy of Natural Sciences and geopolitics expert.
In addition, in terms of technical parameters, American air defense systems are very close to the S-300. “And our troops know how to counteract such systems,” he adds.
But the subtleties and differences remain to be learned in practice. There are precedents: Russian air defense was able to adapt even to the vaunted HIMARS, which in Kyiv are called “weapons of victory.”