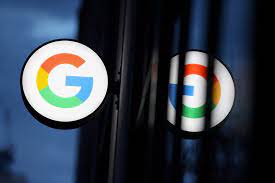 HONG KONG (Reuters): Google has refused to change its search results to display China’s national anthem, rather than a protest song, when users search for Hong Kong’s national anthem, the city’s security chief said on Monday, expressing “great regret” at the decision.

Google’s parent company, Alphabet Inc (GOOGL.O), did not immediately respond to a request for comment.

The row comes after Hong Kong police said they would investigate the playing of “Glory to Hong Kong” – the unofficial anthem of Hong Kong’s 2019 pro-democracy protests, at the men’s final of a sevens rugby tournament in South Korea in November.

“Glory to Hong Kong” was written in 2019, just as Hong Kong’s protests erupted against China’s tightening control over the city, and was considered by many demonstrators in the former British colony to be their national anthem. The song was banned in 2020 after China imposed a sweeping national security law on the financial hub to punish what Beijing defines as secession, subversion, terrorism and collusion with foreign forces with up to life in prison.

The Asia Rugby Association blamed “a simple human error” of playing a song downloaded from the internet instead of the correct anthem. The top search term on Google for Hong Kong’s anthem is “Glory to Hong Kong”.

Hong Kong’s security secretary Chris Tang said a request for Google to replace the protest anthem with China’s national anthem as the top search term was denied, as Google said such results were generated by an algorithm with no human input.

“We’ve approached Google to request that they put the correct national anthem at the top of their search results, but unfortunately Google refused.”

“We felt great regret and this has hurt the feelings of Hong Kong people,” Tang added.