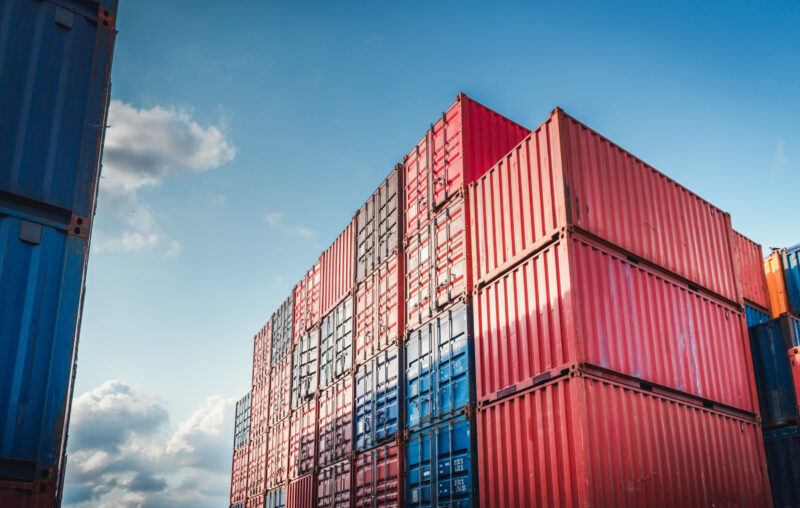 Samuel Gregg’s 2022 book, The Next American Economy, is an important and brilliant achievement. Gregg eloquently champions the free, commercial society against its many detractors. Among these detractors, of course, are today’s so-called “national conservatives” (some, but not all, of whom might fairly be described as Trumpian). But no less hostile to the liberal economy that Gregg ably defends are Progressives. While on many fronts national conservatives and Progressives have significant differences, on the economics of international trade, both groups commit the same slew of factual and theoretical errors.

Gregg’s manner of exposing these errors is so scholarly, so fair-minded, and so patient that the reader is surprised to realize, upon reaching the book’s end, that he or she just encountered an absolute evisceration of the modern case for protectionism, and of its fraternal twin, industrial policy.

Gregg also wisely counsels his fellow champions of free trade on how best to make their case to the general public. Specifically, Gregg advises taking account both of the reality of the nation-state and of people’s affections for their country. The pleas of radical libertarians who treat national borders as phenomena that are either unreal or irrational will fall on deaf ears.

I agree with all Gregg says about the prominent place occupied in people’s minds and hearts by the nation-state. And of course I also agree that the nation-state isn’t going away any time soon. These facts are of the sort that Frank Knight and James Buchanan described as “relatively absolute absolutes.” Like them or not, these facts are best taken as given.

But on my reading, the liberal case for a policy of unilateral free trade has from the start (and ever since) not been much infected with naïve globalism. It has focused overwhelmingly on the benefits of free trade to people of the home country. Arguments that might be described as ‘global cosmopolitanism’ have never played a role that’s more than peripheral role in the liberal campaign for free trade.

Yet the false impression that liberal advocates of free trade naively ignore the salience of the nation-state is indeed widespread. This impression is created, however, not by free trade’s liberal supporters, but instead by free trade’s illiberal opponents. Whether out of ignorance or cunning, a familiar protectionist tactic is to falsely accuse advocates of free trade of putting the interests of foreigners on a par with, or even ahead of, the interests of fellow citizens.

A few years ago, for example, just before he and I were to debate free trade at Hillsdale college, the outspoken protectionist Ian Fletcher asked me why American libertarians are so willing to put the interests of foreigners over the interests of Americans. Fletcher seemed genuinely to believe that free-traders’ foundational argument is that free trade enriches poor countries by more than it impoverishes rich countries and, therefore, free trade is justified by a cosmopolitan utilitarian calculation.

If we free traders really made our case on such grounds, we would indeed deserve much of the blame for whatever skepticism the public has of free trade.

But in fact, the core case for free trade has never taken such a form. Both the theoretical and practical cases for a policy of free trade have always emphasized the gains bestowed by free trade, I repeat, on the people of the home country. Read Adam Smith. Read Frédéric Bastiat. Read Henry George. Read William Graham Sumner. Read Gottfried Haberler, Milton Friedman, Leland Yeager, Jagdish Bhagwati, Arvind Panagariya, Russ Roberts, Dan Griswold, Scott Lincicome, and Doug Irwin. Read any remotely prominent proponent of free trade – or read even me – and you will find, front and center, arguments that demonstrate that free trade is a boon to the home country, whether that country be rich or poor, big or small, industrial or agricultural.

You will, in addition, it’s true, often find arguments about how home-country moves toward free trade help also to enrich foreigners. But such arguments are not central to the case for free trade, and for good reason: trade is positive-sum. Whenever trade is made freer in the home country, net economic gains are created both for fellow citizens and for foreigners. There’s simply no need to justify free trade by resorting to a utilitarian calculus in which net gains to foreigners are weighed against net losses to fellow citizens, for such losses are mythical.

The fact that the case for free trade is mistakenly regarded by so many people to be rooted in global cosmopolitanism is a cheap public-relations victory for protectionists. They incessantly repeat untruths about free trade, such as that free trade with low-wage countries lowers American workers’ wages. Another false, but frequently heard, accusation is that America runs trade deficits only because foreign countries engage in “unfair” trade practices, or because insufficiently patriotic American leaders allow foreign countries to take advantage of ordinary Americans. These and similar untruths convey the impression that American supporters of free trade are either dupes who are blind to the damage done to the U.S. economy by free trade, or are starry-eyed globalists willing to sacrifice the interests of fellow Americans to those of foreigners.

Aiding and abetting this misperception of the case for free trade is much of the familiar language used in discussions of trade. The term “trade deficit” itself suggests that countries that run such deficits lose to their trading partners. Some familiarity with economics is required to understand this suggestion’s profound error. Most people aren’t sufficiently familiar with economics to detect the error, so protectionists successfully portray America’s nearly half-century-long unbroken string of annual trade deficits as evidence that free trade is inflicting on the US economy serious damage. In turn, free-traders who oppose protectionist policies that are peddled as means of reducing US trade deficits are easily cast as haughty or ​​naïve globalists.

Such misperception is furthered by language, even in official documents, that commonly describe a government’s decision to lower the import barriers it has erected against its own citizens as a “trade concession.” (An example occurs in this “Glossary of Terms” issued by the World Trade Organization: “Free-rider: A casual term used to infer that a country which does not make any trade concessions but profits, nonetheless [from] tariff cuts and concessions made by other countries negotiating under the most-favoured nation principle.”)

How can misunderstanding not be spread by official language that describes reductions in trade barriers as “trade concessions”? Concessions, it’s natural to ask, to whom? Well, to foreigners. It follows, in this bizarro view of trade, that free traders who advocate that home-country trade barriers be unilaterally lowered plead with the home government to ‘concede’ benefits to foreigners without receiving similar benefits in return. Free traders thus appear, falsely, to be utopian globalists who are insufficiently attentive to the sentiments and welfare of fellow citizens.

However, the inference from [David] Ricardo’s free-trade argument was irrefutable. Even if all other countries cling to protection, every nation serves its own interest best by free trade. Not for the sake of foreigners but for the sake of their own nation, the liberals advocated free trade.

Free trade does indeed enrich the world. But it also, and chiefly, enriches the people of each country that practices it, regardless of the policies pursued elsewhere. This latter fact alone suffices to justify each government pursuing a policy of unilateral free trade.