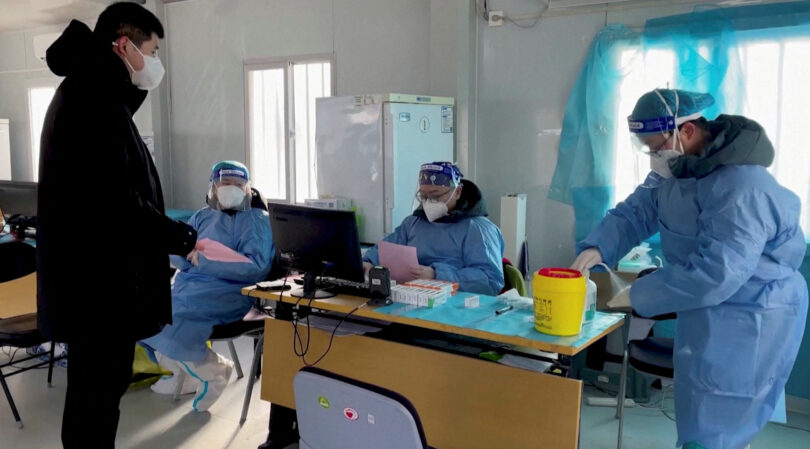 According to the media, the highly transmissible Omicron variant is spreading across china while the pandemic has hit multiple services from education to health and catering to parcel deliveries in Beijing, Singhai, and other major cities across the country. The Funeral homes and crematoriums in Beijing, a city of 22 million populous are struggling to keep up with demand as more workers and drivers testing positive for coronavirus call in sick.

China the first camping ground for Coronavirus has witnessed unimagine restrictions and strict implementation of COVID-19 SOPs over almost the past three years, that the infection motherland received belove six thousand patients till the country announced the reversal of its zero- COVID-19 strategy on December 7. Historically, the zero COVID policy was the landmark strategy of China’s most powerful President Xi Jinping which received global admiration because of the successful handling and containment of the pandemic despite the fact that China was the birthplace of the deadly virus.

Although, there had been debates in the media, intellectual circles, and official meetings of the Chinese government regarding the public’s anger over the unending COVID-19 restrictions and the recent Congress of the Chinese Communist Party (CCP) also discussed the issue but failed to reverse Xi’s strict decision regarding the pandemic. Surprisingly, all-weather Sober and content Chinese became sick of years-long restrictions and mass protests erupted against strict COVID-19 measures in Shanghai and Beijing last month and shortly spread across the country. Thousands of people came to the streets and displayed their anger and discontent over the government’s strict anti-COVID strategy, enhanced monitoring, lack of civil liberties, and socialities.

The world was astonished by the unexpected uprising of the Chinese over pandemic restrictions in such a strict and regressive environment. Some perceived it as a western conspiracy others viewed it as a potential clash between the government and the public. However, President Xi responded rationally and upheld Public desire by withdrawing the Zero-COVID policy from the country. According to reports, multiple variants of Omicron had spread across China, Hospitals, funerals, and crematory services run short in major cities, while Businesses, schools, and clubs automatically close down due to the sickness of their workers.

Although the Chinese public was wary of the government’s harsh anti-COVID measures yet they did not witness the deadliest attack of the pandemic suffered by the Americans, British, Spanish, and a few other nations in the world. Earlier, the Chinese failed to acknowledge the truthfulness and sincerity of their leader who safely sailed them through the deadly plague, now the red Dragons have to face the cruelty of the virus and prove their patience amid self-imposed lockdowns and pandemic restrictions.