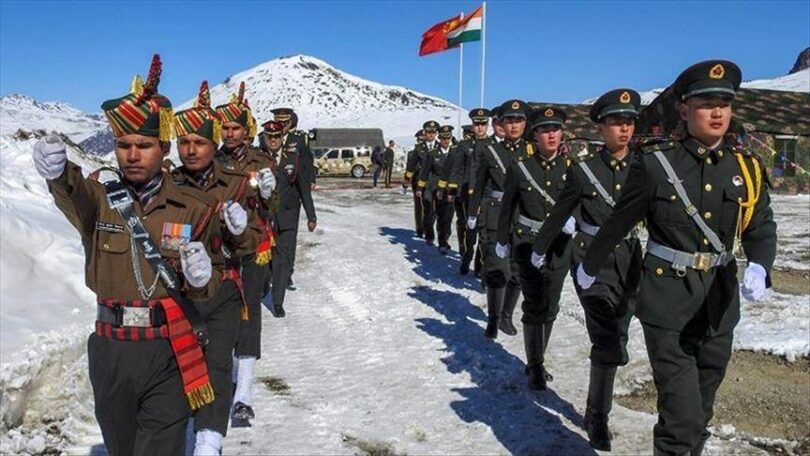 BEIJING (AA): The Chinese military on Tuesday blamed India for fresh border tensions, accusing Indian troops of “illegally” crossing the disputed border in what Beijing identified as the Dongzhang area.

Colonel Long Shaohua, a spokesperson for the Western Theater of the Chinese People’s Liberation Army (PLA), alleged that its “routine patrol was blocked by the Indian army illegally crossing the line” in the Dongzhang area.

The statement comes after India claimed the Chinese military had tried to “unilaterally change the status quo” at the Line of Actual Control (LAC), the de facto border between the two countries, in the South Asian nation’s northeastern province of Arunachal Pradesh.

Long said the border issue should be “dealt with professionally and effectively,” calling for stabilization of the situation on the ground.

“At present, China and India have disengaged. We ask the Indian side to strictly control and restrain the front-line troops, and work with China to maintain peace and tranquility on the border,” Long said in a statement.

Earlier today, Indian Defense Minister Rajnath Singh told the country’s parliament that on Dec. 9, Chinese soldiers tried to “transgress the LAC in Yangtse area of Tawang” in Arunachal Pradesh, and the Chinese attempt was contested by Indian troops in a “firm and resolute manner.”

Singh said the ensuing faceoff led to a physical scuffle, in which the Indian army “bravely prevented the PLA from transgressing into our territory and compelled them to return to their posts.”

The last week’s incident marks the first major clash between the two militaries since June 2020, when at least 20 Indian and four Chinese soldiers were killed in a clash at the LAC in the high-altitude Ladakh region of disputed Jammu and Kashmir region.