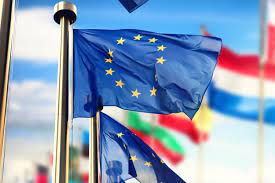 BRUSSELS: The Council today approved conclusions on enlargement and stabilisation and association process.

The conclusions assess the situation in each of the EU candidates and partners, set out guidelines on reform priorities, and reaffirm the Council’s commitment to the EU’s enlargement policy. In line with the revised enlargement methodology endorsed by the Council in 2020, a strong focus is put on fundamental reforms in the areas of the rule of law, fundamental rights, economic development and competitiveness, strengthening of democratic institutions and public administration reform.

Following the June European Council conclusions, and in light of the Commission’s subsequent recommendation of 12 October 2022, the Council recommends to grant candidate status to Bosnia and Herzegovina, subject to confirmation by the European Council, on the understanding that the steps specified in the Commission’s recommendation are taken, in order to strengthen the rule of law, the fight against corruption and organised crime, migration management and fundamental rights. The Council looks forward to a confirmation of this decision by the December European Council.

“The EU enlargement policy is a strong anchor for peace, democracy, prosperity, security and stability on our continent. With its conclusions, the Council is sending a strong message of its commitment to EU enlargement. I am particularly pleased about the recommendation to grant Bosnia and Herzegovina candidate status and the acknowledgement of reform efforts of Ukraine in such difficult times. The EU will continue to support Ukraine on its path towards future EU membership and we agreed to come back to the situation of the Associated Trio based on an update provided by the Commission next spring.”