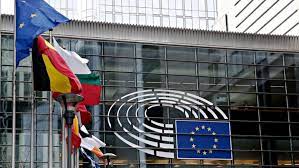 BRUSSELS: The representatives of the governments of the member states today appointed Ms Beatrix Ricziová as judge at the General Court of the European Union for a term of office ending on 31 August 2028.

The appointment was made as part of the partial renewal of the composition of the General Court in 2022.

This is a renewal of Ms Ricziová’s term of office. She was first appointed judge at the General Court on 29 June 2022 and entered into office on 6 July 2022.

The judges and advocates-general are appointed by common accord of the governments of the member states after consultation of a panel responsible for giving an opinion on prospective candidates’ suitability to perform the duties concerned. They are chosen from among individuals whose independence is beyond doubt. For appointment to the General Court, they must possess the ability required for appointment to high judicial office.