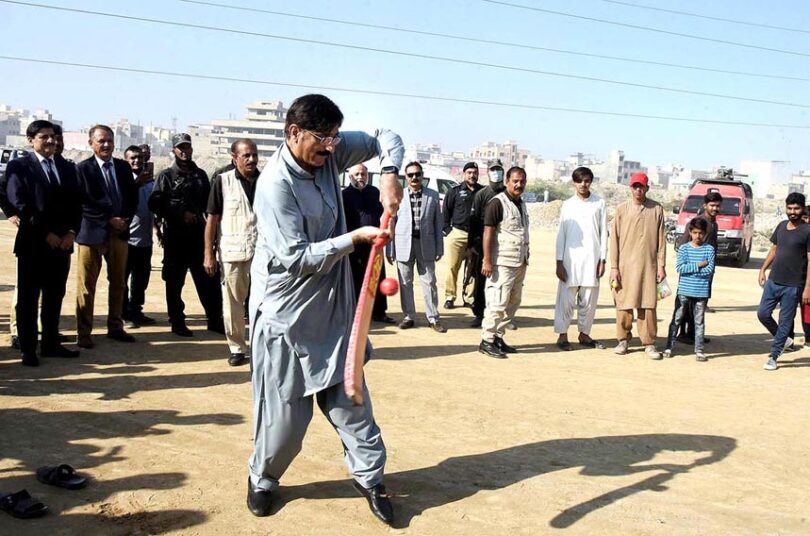 KARACHI (NNI): Sindh Chief Minister Murad Ali Shah paid a surprise visit to inspect the ongoing development works in Karachi and also played street cricket with boys on Sunday.
The chief minister reviewed and observed the work at Malir Expressway City School and directed to speed it up by removing the encroachments from Deh Dhaddu.
Sindh ministers Sharjeel Memon, Nasir Hussain Shah and Murtaza Wahab also accompanied the Sindh CM during the visit.
Transport Minister, while briefing the Sindh Chief Minister, said that Malir Expressway is being constructed at a cost of Rs29 billion and that the BRT Red Line will have 250 low-emission bio-hybrid buses.
The Chief Minister then played street-cricket with local boys.
While castigating the former Prime Minister Imran, the Chief Minister said that Imran Khan did not plan even a single project during his tenure.
He also claimed that extortion has been completely ended from Karachi.