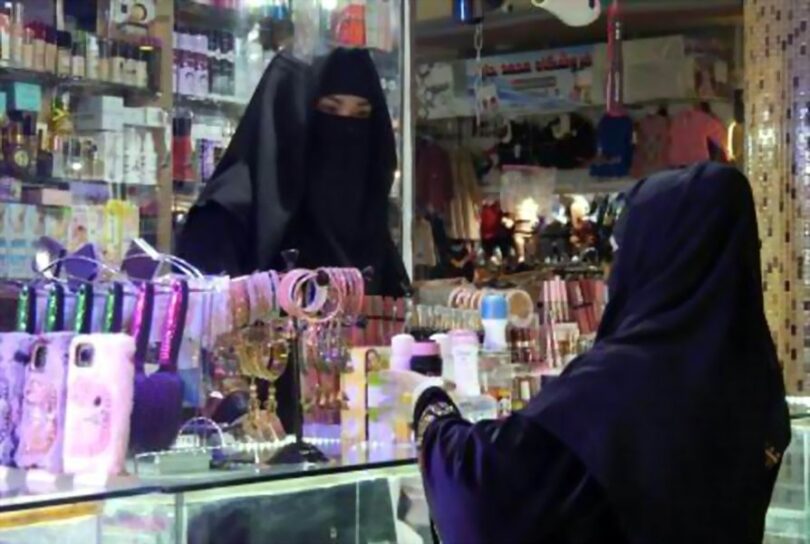 BALKH (TOLOnews): A number of women who run shops at a market in Balkh said the vice and virtue department has ordered them to close their shops by next Thursday.
The women said shops were their only source of income and they were supporting their families through their small businesses.
Pasthun Afghan is one of the first women, who invested in a shop at the “City Walk” market in the city of Mazar-e-Sharif, Balkh province. “Last Thursday, a member of the vice and virtue department came and asked us that we have one week to take away our shops and sit at home,” she said.
“We are forced to collect our commodities; otherwise, they will be wasted. This will also affect our economy,” said Yasamin, a shopkeeper. Local officials said that women-only markets are still open.
The shopkeepers called on local officials to reverse their decision.
“I have built this shop after many difficulties and it cost expensive. We built handmade products and the women, who come for shopping here, felt safe and comfortable,” said Massoud, a shopkeeper.
“When we come to the market, we try to do shopping from female shopkeepers instead of men and we feel comfortable,” said Sanam Sarwari, a resident of Mazar-e-Sharif.
An official of the provincial department, Sayed Zahir, told TOLOnews that the shops were closed due to co-working with men and lack of observing hijab by women. “We are trying to make a bidding between two to three markets so that they can facilitate a good opportunity for our sisters,” he said.
This comes after women were banned from working in non-governmental organizations in Afghanistan, a decision that triggered global reactions.