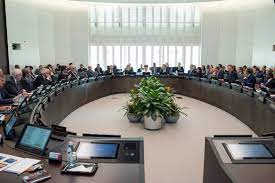 WASHINGTON, DC: A Concluding Statement describes the preliminary findings of IMF staff at the end of an official staff visit (or ‘mission’), in most cases to a member country. Missions are undertaken as part of regular (usually annual) consultations under Article IV of the IMF’s Articles of Agreement, in the context of a request to use IMF resources (borrow from the IMF), as part of discussions of staff monitored programs, or as part of other staff monitoring of economic developments.

The authorities have consented to the publication of this statement. The views expressed in this statement are those of the IMF staff and do not necessarily represent the views of the IMF’s Executive Board. Based on the preliminary findings of this mission, staff will prepare a report that, subject to management approval, will be presented to the IMF Executive Board for discussion and decision.