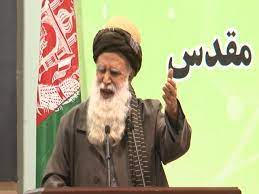 ATLANTA (Pajhwok): Reacting to the ban on girls’ higher education, Dawat-i-Islami party leader Ustad Abdul Rab Rasool Sayyaf has asked the Taliban not to pursue their personal desires and ideas in the name of Sharia.
The caretaker government announced suspending higher education for females until further notice, asking public and private universities to implement the order with immediate effect.
Addressing the Taliban authorities, Sayyaf on his Facebook page wrote:”You are not ordered by Sharia to prevent the education of girls rather Sharia requires you to provide suitable and dignified environment and facilities for their education because a society needs female doctors, female police, female trainers and others.”
He said instead of preventing knowledge and education, the authorities should have introduced prudent reforms and provided better and more appropriate facilities for their education.
Ustad Sayyaf said Islam was a religion of knowledge, light and progress and it fought ignorance and illiteracy.
The veteran jihadi leader said Muslims were the pioneers of science and knowledge during their time of power and glory and had the position of authority in various sciences and arts.
He hoped the Taliban would not present an unrealistic image of Islam to the world. “Islam is a religion of mercy, love and human dignity …do not oppress people because its consequences are bad.”
Many countries, including Muslim countries Saudi Arabia and Turkey, and international organizations, including the United Nations and the Organization of Islamic Countries, have condemned the ban on women’s higher education in Afghanistan.
However, Acting Minister of Higher Education Maulvi Nida Mohammad Nadeem explained the reasons why the ban was imposed in an interview with National Television late last night.
Nadeem defended his decision, saying the ban was necessary to prevent the mixing of genders in universities and because he believed some subjects being taught violated the principles of Islam. He said the ban was in place until further notice.