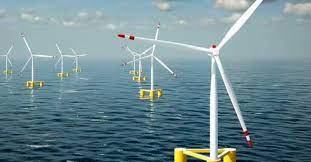 MONTREAL (AFP): Hopes of sealing a historic “peace pact with nature” at a United Nations biodiversity summit will soon rest on the world’s environment ministers, arriving in Montreal for the final phase of talks beginning Thursday.

Stark divisions remain to be bridged, foremost among them the subject of how much developed countries will pay the developing to help them save ecosystems, and whether there should be a new, dedicated fund for this purpose.

At stake is the future of the planet and whether humanity can roll back habitat destruction, pollution and the climate crisis, which are threatening an estimated million species with extinction.

The draft agreement contains more than 20 targets, including a cornerstone pledge to protect 30 percent of the world’s land and seas by 2030, eliminate harmful fishing and agriculture subsidies, tackle invasive species and reduce pesticides.

“I hope what we would have at the end of this… is a Paris moment,” said Zakri Abdul Hamid, science advisor for the Campaign for Nature, referencing the landmark climate accord that agreed to hold long-term warming to 1.5 degrees Celsius.

“Decades of study have also clarified what the world must do,” he added.

In the absence of heads of state and government, more than a hundred ministers will have to drag the text, three years in the making, over the finish line.

But its success still hangs in the balance after disagreements over the thorny issue of biodiversity financing led to a walkout by negotiators from developing nations overnight Tuesday and a temporary pause in talks.

This debate mirrors a similar disagreement during recent UN climate talks in Egypt on creating a “loss and damages” fund for the most climate-vulnerable nations — though that demand was eventually met.

Dozens of nations, including Brazil, India, Indonesia and many African countries are also seeking funding of $100 billion yearly, or one percent of global GDP, until 2030.

Current financial flows from high-income countries to lower income ones are in the order of $10 billion per year.

A crisis meeting of heads of delegations, organized on Wednesday by China, which is chairing the meeting, brought negotiators back to the table following the breakdown.

A Western negotiator who declined to be named told AFP: “The African group wants to reach an agreement with money in front, other developing countries too, but Brazil is using the financial question to derail the process.”

The source said the Brazilian delegation is still following the policies of outgoing far-right president Jair Bolsonaro, who is very close to the agricultural industry, which is hostile to reducing pesticide use.

Nevertheless, developing countries are angered by what they see as a lack of ambition.

“This has led to the negotiations now being on the edge of a full breakdown,” said Innocent Maloba of WWF International.

Beyond the moral implications, there is the question of self-interest: $44 trillion of economic value generation — more than half the world’s total GDP — is dependent on nature and its services.

The summit has failed to garner the same level of attention as the UN climate meeting held in Egypt in November, which brought together more than a hundred world leaders.

This meeting is being held in Canada after China declined to host because of its strict Covid rules, and Canada’s Prime Minister Justin Trudeau has been the only leader in attendance.