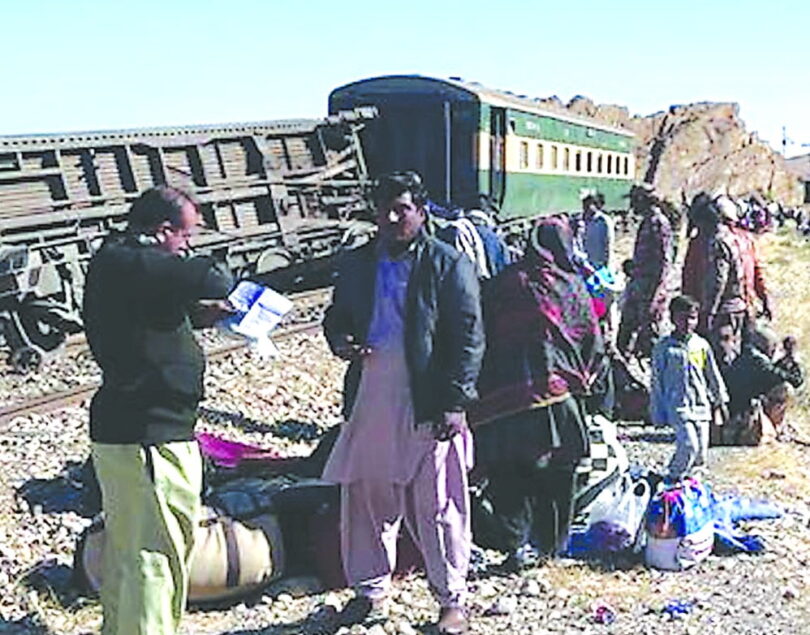 QUETTA: At least eight people were injured in an explosion near a railway track in the Paneer area of Balochistan’s Bolan district on Friday. Pakistan Railways spokesperson in Balochistan, Muhammad Kashif, told media that the blast occurred when the Peshawar-bound Jaffer Express was passing by the area. The train was coming from Mach area. As a result of the blast, six bogies of the train derailed causing injuries to at least eight people, he added.

The injured were shifted to a nearby hospital while an emergency has been declared across all hospitals in the district. Meanwhile, Deputy Commissioner Kach Agha Samiullah also confirmed the incident while talking to media. He said it was a remote-control explosion that derailed multiple bogies of the train. He said rescue teams had been dispatched to the spot. Police have not yet issued a statement on the incident. (INP)