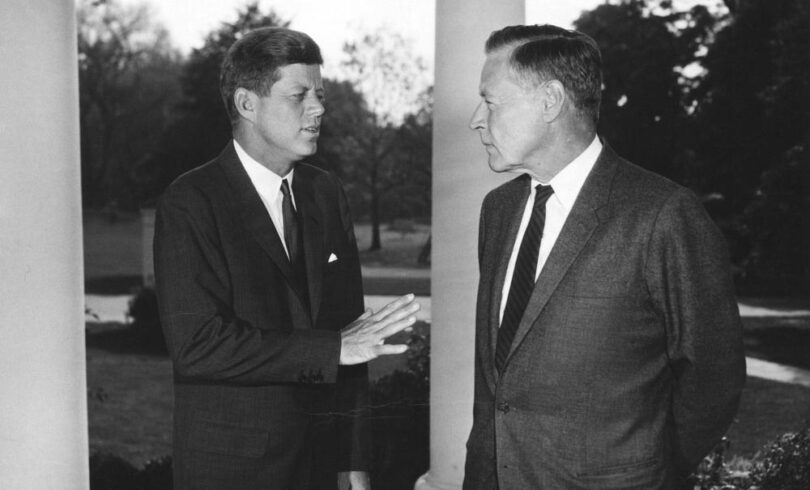 President Joe Biden’s historic nomination of Ambassador Ly-nne Tracy to serve as the first woman ambassador to the Russian Federation has flown mostly under the media’s radar. And with her late-November confirmation hearing before the Senate Foreign Relations Committee out of the way, Tracy’s final confirmation by the full Senate is the next step.
And so: Who is Ambassador Tracy?
For one, she is a well re-garded member of the senior foreign service who was awarded by former Secre-tary of State Hillary Clinton for courage under (literal) fire in Pakistan. She is currently Chief of Mission in Yerevan, Arm-enia, where she has recei-ved mixed grades by some critics for her handling of Azerba-ijan’s war on that country.
As for her appointment to Moscow, Peitro Shakarian, an Armenian-American scholar of Soviet and Russian history, says he “would not be too optimistic about this appointment, if we are looking for a dramatic improvement in U.S.-Russian relations. Tracy is essentially a typical State Department career diplomat whose views on Russia and the region reflect those of the Washington Beltway consensus since the 1990s.”
And, indeed, during her confirmation hearing Nov-ember 30, Tracy, in keeping with recent diplomatic fa-shion, decried the Putin r-egime’s “intensifying repr-ession against civil society, independent media, human rights activists, pro-democracy advocates.” Yet if Tr-acy’s tenure in Moscow is to have any chance at succ-ess, she might consider ab-andoning the activist mindset that has become de rigu-eur among the diplomatic corps in recent years and return to the traditional pr-actice of diplomacy as ex-emplified by a coterie of distinguished Cold war-era U.S. envoys to the Soviet Union in the 1950s and 1960s.
It is perhaps useful to re-call the series of crises between the United States and the Soviet Union that were an all-too-regular feature of those first two de-cades of the Cold War. Hel-ping U.S. presidents navigate that perilous period were a number of remarkable diplomats, including Ambassador Charles ‘Ch-ip’ Bohlen, who served as U.S. Ambassador to the So-viet Union from 1953 to 1957. Looking back, the period now seems to be something of a “Golden Age” of American diplomacy, at least as far as the Soviet Union was concerned. The approach taken by Bohlen and his colleagues is instructive and remains relevant to the current period of East-West confrontation.
U.S. diplomacy as carried out in those days was marked by pragmatism and an understanding of the hard calculus of national interest. American diplomats back then would perhaps have been puzzled by the recent fashion of seeking to impose American “values” as a kind of precondition for diplomacy — or even legitimacy.
Bohlen served as U.S. ambassador to Russia from 1953 to 1957 and remained a valued adviser on Soviet affairs during the Kennedy and Johnson administrations. His time in Moscow coincided with the release of Khrushchev’s “Secret Speech”condemning the excesses of Stalin (1956); the creation of the Warsaw and Baghdad Pacts (1955); the Hungarian revolution and October uprisings in Poland (1956).
Bohlen’s approach was marked by what the historian T. Michael Ruddy has described as a “restrained pessimism.” The secretary of state under whom Boh-len served during his time as ambassador, John Foster Dulles, was, like the current one, an evangelist for Am-erican primacy and Bohlen was often put in the position of having to advise Washington against overreacting to Soviet provocations. Testifying before the Senate Foreign Relations Committee in 1957, Bohlen saw, despite the Soviet crackdown in Hungary, wa-ys to work with the Soviets, particularly in the area of arms control. Whether dealing with Khruschev’s Soviet Union or Putin’s Russia, it would seem a mistake to link progress in one area (such as human rights) with progress in others (such as disarmament).
Bohlen swam against the tide of conventional wisdom which then prevailed in the Washington of the 1950s by asserting that the United States should approach the Soviet Union as a traditional nation-state not merely as the embodiment of communist ideology —accommodation, limited and pragmatic, was possible.
As his biographer Ruddy put it, Bohlen “never doubted that the Soviet Union presented a threat, a threat created by a unique combination of ideology and national interest. But he especially saw it as a nation, leading him to believe that limited accommodations were possible.” As Bohlen’s successor in Moscow, Llewellyn Thompson once observed,“The trouble with Americans is that we see everything in black or white, but there’s a lot of gray in diplomacy.”
There’s a lesson in that. Today, Russia’s security interests are viewed as illegitimate because of the widespread belief that Putin is, among other things, the leader of a global authoritarian movement, if not the embodiment of evil itself. But what Bohlen and his illustrious cohort understood is that, for Russia, it is interests that matter.
And so, as Tracy prepares to take up her position in Moscow, one can only wish her well and hope she takes a page from Bohlen who understood that the hard calculus of national security interests, rather than ideology, was what drove the Kremlin to act the way it did on the world stage. Today, the pursuit of a purely pragmatic relationship with Putin’s Russia seems the right course.