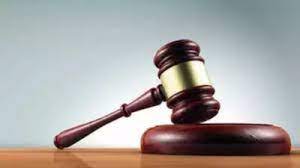 According to prosecution, the murderer Fazal Rabi has opened firing on Jirga in Madani Masjid in which three persons were killed including Imam Masjid. The deceased were identified as Qari Muhammad Younas, Javeed and Adil over land dispute.