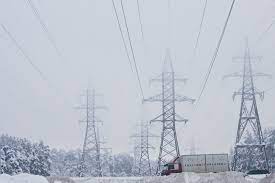 KABUL (Khaama Press): Afghanistan urges Uzbekistan to restore the power supply following the previous agreement between Kabul and Tashkent.
Acting Foreign Minister of Afghanistan Amir Khan Muttaqi on Sunday called on Uzbekistan to provide the amount of electricity mentioned in an agreement signed between Kabul and Tashkent, Tolo News Reported.
Muttaqi slammed Uzbekistan for turning off Afghanistan’s electricity supply amid the bitter winter in the country.
“Uzbekistan cut off electricity supplies; now people are facing problems. Neighbours and friends should help each other in difficult moments,” he added.
Afghanistan’s interim foreign minister stated that the Uzbek government must keep its word and supply power to Afghanistan by the agreement between Kabul and Tashkent.
Last week, Da Afghanistan Breshna Sherkat announced the suspension of the power supply from Uzbekistan due to a technical issue. The technical problem still has not been fixed, and the people of Afghanistan are facing problems amid the freezing winter.
The amount of indigenous electricity generation within the country needs to be increased to meet the requirement of the Afghan people. Moreover, during the past two decades, infrastructure has yet to be invested, particularly power generation; instead, Afghanistan imports its electricity from Uzbekistan, Turkmenistan, Tajikistan and Iran.