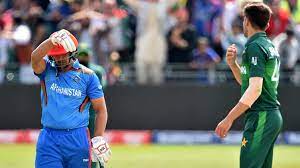 LAHORE Afghanistan Cricket Board (ACB) contacted the Pakistan Cricket Board (PCB) after Cricket Australia (CA) cancelled the three-match ODI series. According to reports, Afghanistan have expressed their desire to play three ODIs against Pakistan in UAE in March. The PCB is considering the option of the three-match series after the eighth edition of the Pakistan Super League (PSL) concludes and before the New Zealand series.

Pakistan and Afghanistan are also scheduled to play three Super League matches in August. It must be noted that Cricket Australia on Thursday pulled out of the three-match one-day International (ODI) series in March, citing Taliban moves to further restrict women s rights.

Due to restrictions placed by the Taliban-led government, Afghanistan is the only full-member country without a functioning women s team. Girls are officially prohibited from attending universities, gymnasiums, middle and high schools, and parks. The Afghanistan Cricket Board (ACB) expressed disappointment and said the board will take the matter to the International Cricket Council (ICC).

“Afghanistan Cricket Board is extremely disappointed and saddened by the pathetic statement of Cricket Australia to withdraw from Afghanistan’s home three-match ODI series in March and will officially write to the International Cricket Council about the issue,” an ACB statement read.

The board labelled the decision to pull out of the series “an unfortunate attempt to enter the realm of politics and politicise the sport” as it came after “consultation and potential enforcement from the Australian Government”.
It is worth mentioning here that Afghan pacer Naveen-ul-Haq pulled out of the Big Bash League (BBL) after Australia cancelled the series, while Rashid Khan said he will “strongly consider” his future in the league.