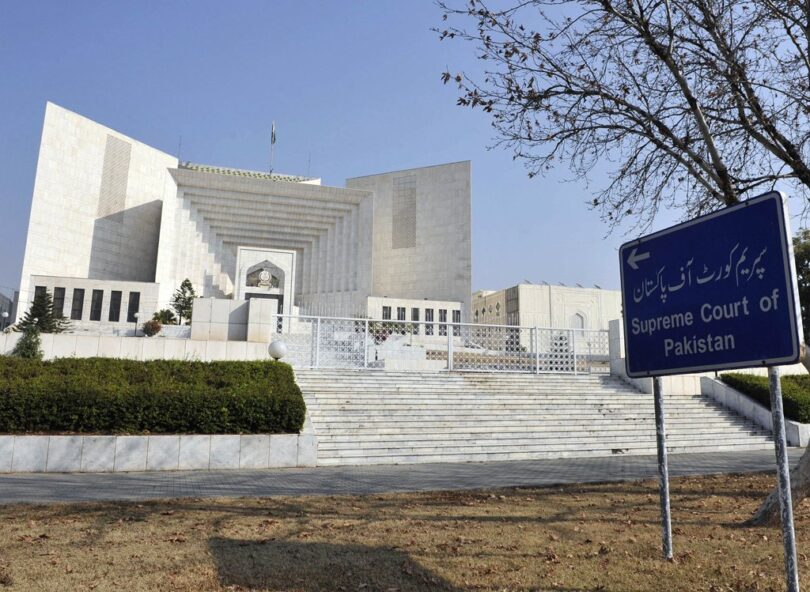 ISLAMABAD (Agencies): The Supreme Court of Pakistan has been informed that the amount in Dam Funds have increased to Rs16.53 billion, which in next quarter will become Rs16.98 billion. A five-judge special bench, headed by Chief Justice Umar Ata Bandial, on Thursday heard the implementation of its directives regarding construction of Diamer-Basha and Mohmand Dams.
During the hearing, WAPDA lawyer Saad Rasul informed that the government in terms of Mohmmad Dam had committed Rs25 billion in PSDP, but disbursed Rs2.5 billion in the first quarter, while gave nothing in the second quarter. He further informed that for Diamer Dam Rs27 billion were allocated but disbursed Rs5.4 billion in the first quarter, while no funds were released in the second quarter.
Saad also said that the Power Division has to pay Rs 240 billion to the WAPDA. The Secretary Power Division informed the Central Power Purchasing Agency (CPPA) after receiving money from the DISCOs transfer money in their account. But there was an annual gap of Rs400 billion last year, which will further increase, adding the gap is due to line loss and the power theft. He told that circular debt at present is Rs2.6 trillion.
The chief justice remarked when the public sector is facing such a problem then why the government privatizes it, but then said they would not go into this matter. Former Chief Justice Mian Saqib Nisar on July 10, 2018 had set up the Supreme Court of Pakistan Diamer-Bhasha and Mohmand Dams Fund to raise money for the construction of Diamer-Bhasha and Mohmand Dams. When Prime Minister Imran Khan announced to join efforts with the Chief Justice for the construction of dams then the Fund name was changed as Supreme Court and Prime Minister Diamer-Basha and Mohmand Dams Fund.
The representatives of the State Bank of Pakistan and the National Bank of Pakistan, through video-link, informed the bench that the Dam Fund’s amount has been invested in the government securities, which is managed by the SBP. All the banks collect the funds and deposit in the Dam Fund account maintained at the SBP, told the NBP official, and added every three months the interest on the Fund is re-invested.
Secretary Power Division informed that the incumbent Prime Minister Shehbaz Sharif has given priority to the construction of Diamer-Basha and Mohmand Dams. Justice Ijaz noted that Shehbaz Sharif after taking oath as the PM had visited the site of Diamer Dam. He said the federal government had given undertaking to the Supreme Court bench that funds for the Dams will not be withheld.
The chief justice said they (judges) also have concern about the financial difficulty, which the government and the security are facing. He asked the Secretary Finance to take measures to reduce expenses and increase the resources. “Good nations face the challenges bravely and overcome them.”
The chief justice remarked that the SBP is the credible institution to manage the Dam Fund. He said Dam Fund status is available on SC website and now anyone who had donated in the Dam Fund can trace on the SC website how much he/she has contributed. The CJP said the Dam Funds will be used only for purchasing the machinery of the power houses of these dams, adding it can’t be used for the damage caused by the floods. The case is adjourned for an indefinite period.
Railways to submit 5-year business plan in Apex court: In light of the Supreme Court (SC) of Pakistan decision, Federal Minister of Railways Khawaja Saad Rafique has directed the authorities to submit a five-year long-term business plan to apex court.
According to details, the directives were issued during a high-level meeting – chaired by Railways Minister Saad Rafique. The meeting was attended by Secretary Railway, Additional Secretary, Secretary Railway Board, and others. During the meeting, the federal minister said that the Supreme Court’s order will surely improve the overall performance of Pakistan Railways. “The ministry has started working on a long-term and comprehensive business plan for land management, which will be based on the principle of transparency and merit,” he added.