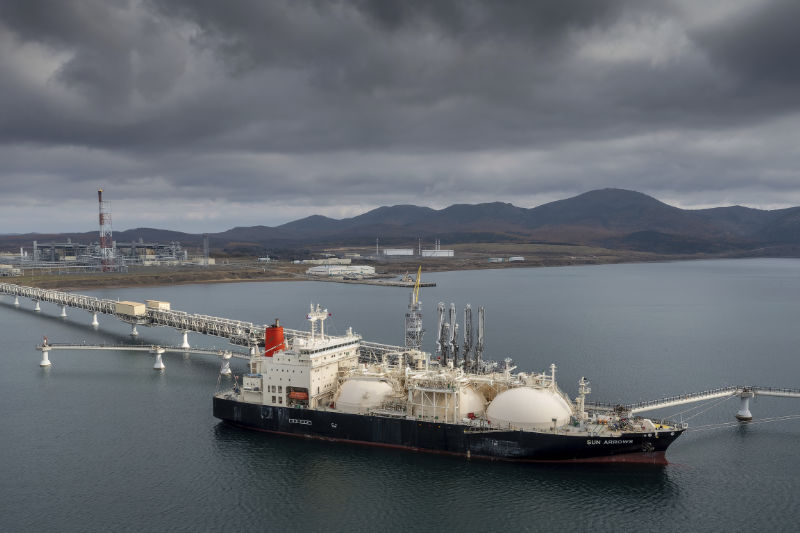 India and China have begun to purchase rare grades of Arctic oil from Russia. Analysts do not rule out that the desire of the largest importers to diversify purchases will push out Middle Eastern competitors and bring additional profit to Moscow.
Purchased in full
The price ceiling introduced on December 5 by the G7, the European Union and Australia has had no effect on Russia’s Asian partners. India and China have previously received oil at a discount, cheaper than $60 a barrel.
But Russia is also beneficial. Record deals with Beijing and Delhi largely offset losses in Europe.
According to the International Energy Ag-ency (IEA), since February, India has increased purch-ases 36 times – from 30,000 to 1.08 million barrels per day. And even ahead of China (830 thousand per day). The total flow of fuel to Asia has tripled to 2.5 million barrels. According to S&P Global Commo-dities at Sea, the share of China and India in offshore exports of crude oil from Russia has reached 68%. “Asian giants swallowed up European barrels almost completely,” analysts stated.
The main jump in Asian imports came in the second quarter of 2022: Beijing and Delhi purchased 11 million tons of oil more than in the first quarter. This added nine billion dollars to Moscow. India was especially distinguished, having raised imports from 0.66 million tons to 8.42.
Asians do not hide: they are taking advantage of the situation. Their ports and coastal refineries are much closer to Saudi Arabia, Iraq, the United Arab Emirates. But Russia gives a good discount.
Special varieties
According to Vortexa and Kpler, China recently purchased three shipments of oil from the Arctic: the lighter Novy Port, the crude Varandey, and the sour and dense Arco.
Previously, Arco was m-ainly shipped to the UK and the Netherlands. Now the Europeans will get nothing.
“Arctic grades have been refocused,” confirms Kpl-er’s lead crude oil analyst Victor Katona. As traders note, they are also given a discount.
Diversify purchases
China wants to diversify purchases against the backdrop of the current price ce-iling in the West for Rus-sian energy resources, says Leonid Khazanov, an industrial expert.
“For Beijing, this is also an instrument of pressure on Middle Eastern suppliers: it is possible to achieve more favorable conditions. And increase the supply of gasoline and diesel fuel to Europe,” he adds.
Oil from Eastern Siberia and the Arctic has less sulfur than the Urals export blend. Diesel fuel is of better quality.
“China is ready to take more light varieties, and demand for them will continue to grow,” says analyst Dmitry Adamidov.
Squeeze out competitors
India purchased 6.67 million barrels of Arctic oil in November. This is a record, Khazanov notes.
Middle Eastern varieties, in particular Basrah Heavy from Iraq, will have to make room.
“Sour oil is a raw material for organic synthesis. Of course, our supplies will be reduced by the Middle East,” said Stanislav Bovt, financial analyst at the CMS group of companies.
Arctic grades offer a number of benefits and can be used in rubber and some high-tech industries.