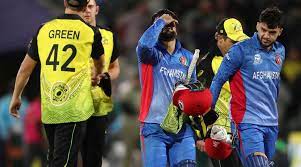 MELBOURNE (Reuters): Australia’s one-day international (ODI) series against Afghanistan in March has been called off following the Taliban s announcement of further restrictions on women’s and girls’ education and employment, Cricket Australia said on Thursday.

“CA is committed to supporting growing the game for women and men around the world, including in Afghanistan, and will continue to engage with the Afghanistan Cricket Board in anticipation of improved conditions for women and girls in the country,” the statement said.

“We thank the Australian Government for its support on this matter.”