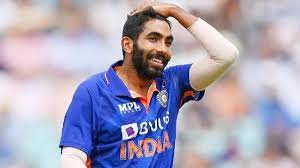 NEW DELHI (Agencies): Indian fast bowler Jasprit Bumrah has been pulled out of the three one-day internationals against Sri Lanka, the country’s cricket board said Monday, after being added to the initial squad.

The two teams will begin the 50-overs series on Tuesday in Guwahati after the hosts, led by Hardik Pandya, clinched the three-match Twenty20 series 2-1.

Bumrah, 29, has been out of action since September and missed the Twenty20 World Cup, where India lost to England in the semi-finals.
The Board of Control for Cricket in India (BCCI) said Bumrah “will need some more time to build bowling resilience” and the decision was taken “as a precautionary measure”.

The selectors have not named any replacement for Bumrah, called the “Yorker King” for his ability to bowl the toe-crushing delivery. Regular captain Rohit Sharma and star batsman Virat Kohli return to the ODI team, which will be preparing for this year’s 50-over World Cup at home.