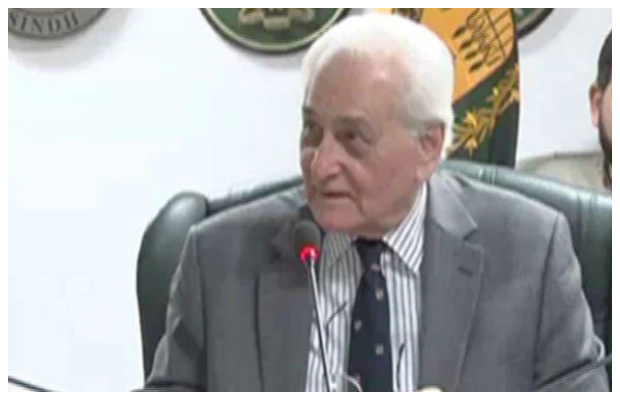 F.P. Report
PESHAWAR: Caretaker Chief Minister Khyber Pakhtunkhwa Muhammad Azam Khan has directed the concerned authorities to implement the austerity policy of the government in letter and spirit adding that the government cannot afford unnecessary and unjustified use of available resources.
He said that the financial matters of the province related to federation would be taken up at federal level adding that the caretaker set up will make every possible effort to get the due rights and share of the province. He issued these directives while presiding over a meeting here on Wednesday. Chief Secretary Dr. Shehzad Bangash, Additional Chief Secretary Ikramullah, Principal Secretary to Chief Minister Amjad Ali Khan and higher authorities of finance and Planning & Development departments attended the meeting.
The meeting discussed and reviewed various matters related to current economic condition and financial situation with special focus on the budgeted transfers withheld by the federal government. Briefing about the financial constraints due to non-transfer of the budgeted shares by the federation and other related matters, it was informed that the federal government has allocated a grant of only Rs 60 billion for newly merged districts for fiscal year in 2022-23 against a minimum current budget requirement of Rs.89.5 billion for salary and non-salary expenditures.
Similarly, Rs. 50 billion has been allocated for development projects in the merged districts, out of which only 5.50 billion rupees have been released during the first six months of the year. Moreover, the share of Khyber Pakhtunkhwa fixed in the National Finance Commission award is not being given, while Rs 61.89 billion are also due with the federal government on account of Net Hydel Profit (NHP).
It was informed on the occasion that the actual Own Source Revenue of the province has increased more than double in the past three years but it is not enough to meet the requirements and the province mostly depends on the federal transfers.