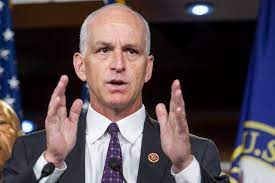 WASHINGTON, D.C: Representative Adam Smith (D-Wash.), Chairman of the House Armed Services Committee, today issued the following statement after the James M. Inhofe National Defense Authorization Act (NDAA) for Fiscal Year 2023 (FY23) was signed into law for the 62nd consecutive year by President Joe Biden. H.R. 7776, the bipartisan, bicameral final text of the FY23 NDAA, passed the House by a vote of 350-80 and the Senate by a vote of 83-11.

“For 62 consecutive years, the NDAA has served as the foundation of our national security priorities, fulfilling Congress’ sacred obligation to provide for the common defense of the American people. This year’s bipartisan bill builds on this tradition by nurturing the underlying sources of our national strength: our people, our economy, our alliances and partnerships, and our democracy.

“America’s global leadership is not only measured in our modern military capabilities but in our strength and vitality here at home. With this NDAA, Congress authorizes a 4.6 percent pay raise to offset inflation, lowers food prices by directing more funding to commissaries, raises the Basic Housing Allowance, expands eligibility for the Basic Needs Allowance, and enhances support for child care. The bill also reflects our belief that solving our toughest national security challenges requires a workforce that reflects the rich diversity of our country. Providing a record amount of funding for research and development at America’s HBCUs will expand the talent pipeline, empowering our best and brightest to deliver the cutting-edge technologies of tomorrow. The FY23 NDAA also prepares us to meet existential challenges like climate change, building on work in previous NDAAs to reduce greenhouse gas emissions, promote clean energy, and enhance energy resilience within the military. This includes

requirements to streamline the transition of DoD non-tactical vehicle fleets to electric or zero-emission vehicles by 2035 and establish a DoD sustainable aviation fuel pilot program.

“The bill further aligns U.S. national security policy with our democratic values of justice and accountability by creating a Civilian Protection Center for Excellence while funding the implementation of the Civilian Harm Mitigation and Response Action Plan. Additionally, we build on the sweeping progress in last year’s NDAA to address sexual assault in the military — now requiring independently trained investigators outside the immediate chain of command to investigate claims of sexual harassment. The United States has a moral and strategic responsibility to lead the global community by example, and I thank Congresswoman Jackie Speier for her steadfast leadership on this issue throughout her tenure on this committee.

“Stronger alliances and partnerships abroad further deepen our security at home. For months, President Zelenskyy and the people of Ukraine have inspired the world with their courageous fight for their freedom, sovereignty, and democracy. The United States continues to stand by Ukraine with greater assistance and funding in the FY23 NDAA. Additional investments in the European and Pacific Deterrence Initiatives also send a strong message to authoritarian competitors like Russia and the PRC.

“As I have said before, there’s a lot to be proud of in this bill. The FY23 NDAA includes important pieces of legislation like the Water Resources Development Act, Coast Guard Authorization Act, State Department Authorization Act, and Intelligence Authorization Act, all of which are critical to advancing American interests around the world. The included Federal Firefighters Fairness Act renews our investments here at home, delivering on our most solemn promise to care for those who put their lives on the line to protect our families. The FY23 NDAA also prepares us for the challenges of this decisive decade with the inclusion of a historic package of bipartisan bills focused on the ocean, coastal, and Great Lake conservation and science. I want to thank President Biden and everyone involved in this process for the open, bipartisan collaboration that has allowed us to produce an excellent NDAA.”