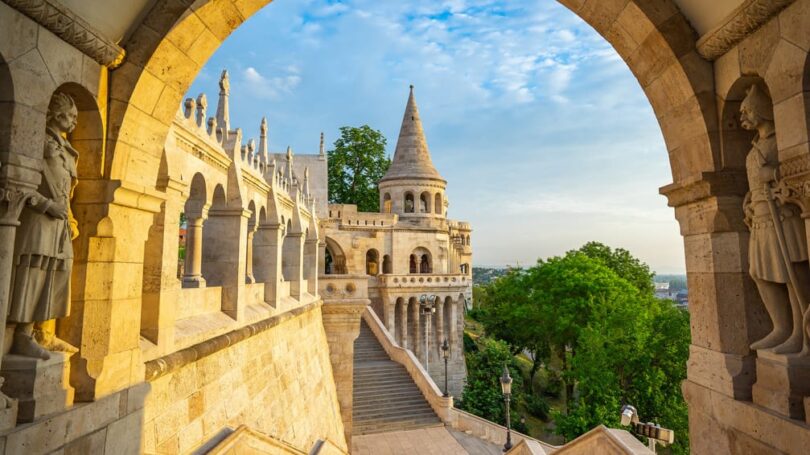 (CNN): The day has come: China has reopened its borders to some travelers for the first time since the onset of the coronavirus pandemic in early 2020.

Although the first big wave of travelers in the country will likely be Chinese nationals living elsewhere wanting to reunite with family and friends, leisure tourism seems poised to follow.

The country has dropped quarantine requirements and relaxed other rules for inbound travelers, paving the way for a resumption of the tourism industry.

At the same time, China’s main airlines are ramping up their offerings.

For the most part, that means restoring flight routes that were eliminated or greatly reduced during the pandemic.

However, a few significant new routes are also making it easier than ever for travelers in Budapest, Istanbul, Johannesburg and other major cities to visit China — and vice versa.

Before the pandemic, China and Greece had planned to increase their air ties.

Now, though, one of the most important ties has been restored — the first direct flight from Shanghai Pudong (PVG) to Athens arrived the last week of December.

Going forward, Air China will operate the 10.5-hour flight once a week.

China’s third-largest city will have a direct link to Istanbul this year courtesy a new flight on China Southern Airlines.

The airline, which is headquartered in Guangzhou, will fly the inaugural route to Istanbul Airport (IST) on January 10.

The Guangzhou to Istanbul flight lasts about 11 hours, while the return journey is around 9.5 hours.

This is great news for Chinese travelers looking for another gateway to Europe, as IST is the home base for Turkish Airlines.

China has been trying to strengthen its relationships in Africa for years, and one way to do that is to make it easier for travelers who want to travel between the two continents.

Air China announced the new route alongside a series of other big ones — more on that later — but there’s no confirmed start date yet.

The southwest China metropolis of Chonqing is getting several new exciting air routes this season. The first is an Air China direct flight to Vietnam’s Ho Chi Minh City.

That means that some Chongqing’s 30 million-plus residents will more easily be able to visit the Reunification Palace, Central Post Office, War Remnants Museum and other famous spots in Vietnam’s biggest city.

The first direct flight between China and Hungary took off in 2015.

The other new flight taking off from Chongqing is also serviced by Air China and flies to Budapest, Hungary’s Ferenc Liszt International Airport (BUD), once a week.

There are already several other air connections between the two countries — a direct from Beijing to Budapest kicked off in 2015, and one from Shanghai began in 2019.

Residents of the home of the world-famous terracotta warriors will be able to travel more easily to another city with a rich history — Almaty, Kazakhstan.

Almaty was a settlement along the Silk Road and has been settled since at least the year 1000 BC, giving Kazakhstan’s capital a huge historical legacy.

The first China Southern Airlines direct flight from Xi’an to Almaty International Airport (ALA) took off on January 6.

Odds are good that this flight is a sign of many more to come. China and Kazakhstan have strong diplomatic relations, evidenced by President Xi Jinping visiting the country for his first Covid-era trip outside of China last year.

China Southern Airlines is forging closer ties with neighboring Cambodia with two flights a week between Phnom Penh and the southern Chinese city of Nanning.

Although Nanning is close to China’s border with Vietnam, there are currently no airlines offering directs from Nanning to either Hanoi or Ho Chi Minh City, so this growing link with Cambodia can also open up more access to southeast Asian destinations.

This flight began on December 22.