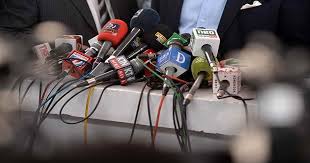 According to a recent report of Washington-based Reporters without Borders, Pakistan is the fifth most dangerous country for journalists. As said, the South Asian nation occupies the fifth slot after Iraq, Syria, Mexico, and the Philippines with almost 93 deaths of truth seekers over the past twenty years.

The journalistic work has become more hazardous over the past two decades because of unprecedented development in communication and information technologies that not only brought the entire universe together but also exposed the powerful mafias, terrorist cells, trade cartels as well as corrupt government servants and political leaders across the world. Journalists and news seekers had always faced serious threats to their life, family, and profession during their search for truth and often paid with their lives for their passion for journalism and fact findings.

More journalists have been killed in ‘zones at peace’ than in ‘zones at war’ during the past two decades. In most cases reporters were investigating organized crime and corruption became a prey to criminal gangs while a few entraped by the cartels and political influential. Currently, the Americas accounted for almost half of the journalist murders, many in Mexico, Brazil, Colombia, and Honduras. The figures suggest that America is nowadays the world’s most dangerous continent for the media in the contemporary world.

Journalists and media persons feel unsecured and vulnerable in Pakistan, due to the weak writ of the state and no implementation of the law, usually through biased enforcement of the media regulatory measures by the state. Historically, Pakistani journalists and media anchors had faced state suppression and victimization by the ruling elite while reporters remain equally unsafe from terror groups, feudal, state institutions, and criminal gangs whenever they exposed their crimes and corruption.

Media, as the fourth pillar of society, always played a whistleblower and ombudsman role in the country through timely forecasts and positive criticism of the policies, however, truth seekers are still under threat and regularly being harassed on social and print media, tortured, and attacked by criminals and unfairly prosecuted by the influential. Apparently, media men never are not safe until and unless the state fully endorses and implements the rule of the law, which never fears criticism, nor feels guilty and biased.