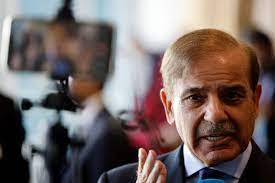 ISLAMABAD: Prime Minister Muhammad Shehbaz Sharif has expressed his resolve to take Pakistan towards the destination of economic and political stability and social betterment. In a message on the eve of the new year, the prime minister prayed for the prosperity and welfare of the whole humanity. He said that 2022, was a year in which floods devastation increased miseries and problems for the people.

He also prayed for the freedom of Palestine and Indian Illegally Occupied Jammu and Kashmir. Paying tribute to the bereaved families of Shuhada, the prime minister expressed condolences and prayed for the high ranks of the departed souls. (APP)