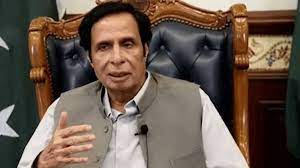 The chief minister said that a decision had been made to grant Jampur the status of a district on the long overdue demand of the people. He mentioned that with the formation of a district the problems of the masses would be resolved, adding that thousands of employment opportunities would be generated with Jampur becoming a district. He said the service delivery system would improve in Jampur, Muhammad Pur and Dajal.

The CM informed that a university would also be established in Jampur in which students especially female students would be provided opportunities to obtain higher education.

CM outlined that Jampur was like Gujrat to him, saying that he wants progress and uplift of Jampur from his heart and soul.
Member National Assembly Nasrullah Dreshak said, “We are deeply thankful to CM Parvez Elahi for making announcement to grant Jampur the status of a district.”

Nasrullah Dreshak acknowledged that the CM has resolved the long overdue problem of the people of Jampur. Mohsin Leghari remarked that people of Jampur highly appreciates the decision of CM Parvez Elahi to grant Jampur the status of a district.