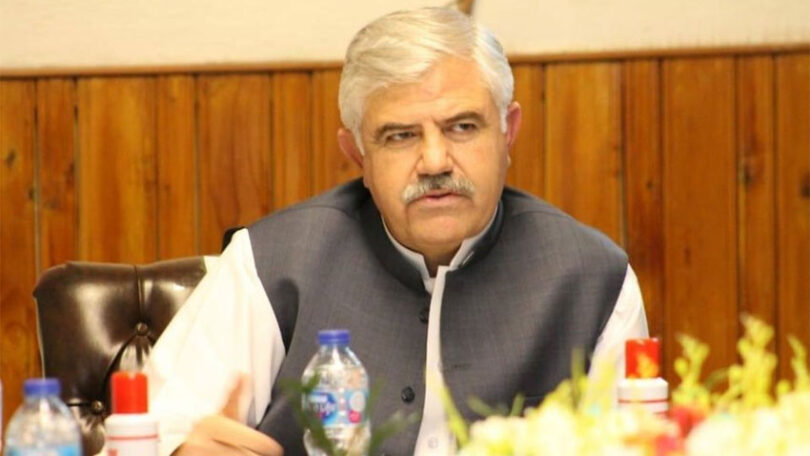 PESHAWAR (APP): Provincial General Secretary JUI-F Khyber Pakhtunkhwa, Maulana Ataulhaq Darwesh on Sunday called upon Chief Minister Khyber Pakhtunkhwa Mahmood Khan to come forward and negotiate with Punjab government for imposing ban on flour supply to Khyber Pakhtunkhwa and take immediate steps against the illegal practice of PTI government in Punjab.
In a statement issued here, he criticized the policies adopted by the provincial government and said that the Chief Minister and all the administrations was failed to provide relief to masses by spending nine years in power.
He said that stoppage of supply of flour and wheat among all the districts of Khyber Pakhtunkhwa was the political revenge of PTI government and said that PTI government was responsible for creating an economic crisis.
He said, however, all the politicians of the country under the leadership of JUI-F chief Maulana Fazalur Rehman have changed the PTI’s desires into ashes.
He also called upon the JUI-F workers to stage protests against stoppage of flour supply to their districts by both the provincial and Punjab governments.