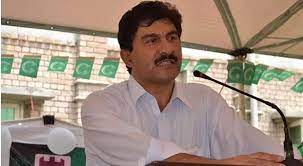 Police said the firing incident happened close to a compound where Mehmood Jaan was present. SSP Operations Kashif Abbasi said a police contingent was dispatched to the crime scene. He said efforts were underway to arrest the accused.