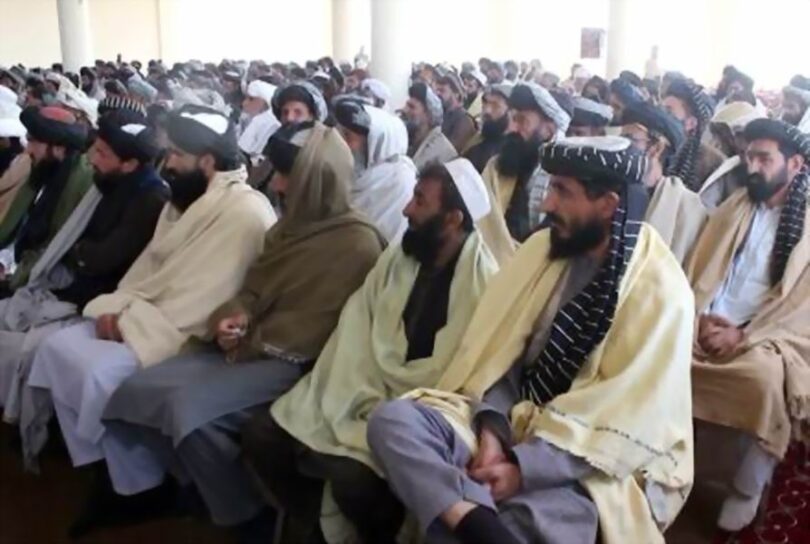 KHOST (TOLOnews): Some tribal elders in the southeastern province of Khost called on the Islamic Emirate to reopen education centers for women and allow them to work in government and non-governmental organizations.
They suggested that if a proper decision is not made, the distance between the Islamic Emirate and people will extend.
“The women should be given permission to work in the organizations and it would be better to reopen schools for girls considering the Islamic hijab,” said Shahpoor, a tribal elder.
“If there is no, a human would be like a deaf and blind. We call on all officials of the Islamic Emirate to lighten the candle of our education,” said Simeen Khan Zadran, a tribal elder.
“If women are needed in various organizations, they must be allowed to work within the Islamic rules and our traditional customs,” said Toryalai Mangal, a tribal elder.
Speaking to a gathering in Khost, the deputy minister of tribal affairs and borders, Abdul Khaliq Abid, said the views of Islamic clerics and elders are essential for the Islamic Emirate.
“We want to sit with our elders and clerics and consult with them and listen to their ideas and also learn from them about the protection of religion,” he said.
This comes as the ban on women and girls from education and working in NGOs has sparked reactions at national and international levels.