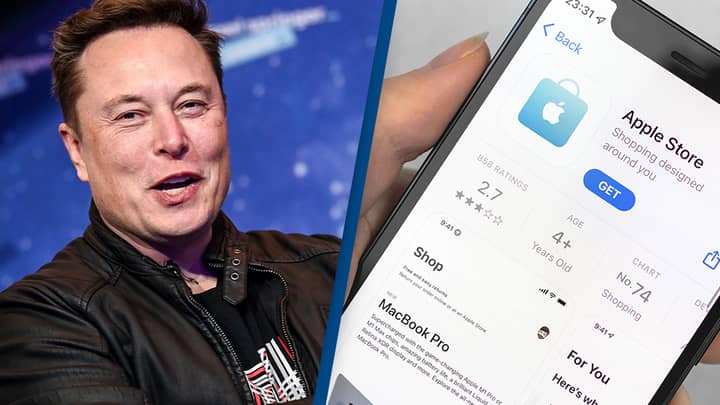 WASHINGTON (AA) : Billionaire Elon Musk alleged on Monday that Apple has threatened to remove Twitter from its app store.

The Twitter CEO did not offer any evidence to substantiate his claim, which he made in a series of tweets assailing the tech giant, including for allegedly drawing down its advertising on Twitter.

“Apple has also threatened to withhold Twitter from its App Store, but won’t tell us why,” Musk tweeted just an hour after claiming the company “has mostly stopped advertising on Twitter. Do they hate free speech in America?”

He also noted Apple’s publicly acknowledged and much-debated 30% fees on its app store, falsely claiming they are a “secret.” The fee is applied to app developers who make over $1 million via the app store, and can hit all forms of transactions from purchases of the apps themselves to in-app sales.

Apple has yet to publicly respond to Musk’s allegations.

Musk’s ownership of Twitter, now rounding out its first month, has been marked by widespread chaos at the company as he seeks to make the service profitable by instituting mass layoffs and attempting to institute policies that have been met with widespread internal opposition on the platform leading to additional staff losses, or which have been quickly rolled back.

Teams that had traditionally been used to monitor compliance with Twitter’s internal rules have been decimated, prompting several advertisers to halt their operations on the website, including Jeep and Mars Candy, according to the Washington Post newspaper.

Musk’s attempts to institute a widespread $8 per month verification system have been repeatedly upended by users who have purchased the service to impersonate famous accounts, causing further havoc on the website.

A fake account that purported to be Eli Lilly and Co. posted a brief nine-word tweet falsely claiming the firm would make insulin free earlier this month, causing the pharmaceutical company’s stock to plunge. The account sported the blue verified check mark, which Twitter had for years used to show an account’s authenticity.