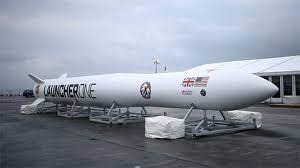 NEWQUAY (Reuters): The first attempt to launch a satellite from western Europe appeared to have failed early on Tuesday when Virgin Orbit said an “anomaly” had prevented its rocket from reaching orbit.

The “horizontal launch” mission had left from the coastal town of Newquay in southwest England, with Virgin s LauncherOne rocket carried under the wing of a modified Boeing 747 and later released over the Atlantic Ocean.

“We appear to have an anomaly that has prevented us from reaching orbit,” the company said. “We are evaluating the information.”

The apparent failure deals a further blow to European space ambitions after an Italian-built Vega-C rocket mission failed after lift-off from French Guiana in late December.

Europe has suffered a series of setbacks in the past year, with its key Ariane 6 launcher delayed, access to Russian Soyuz rockets blocked by the Ukraine war, Vega grounded and now a showcase launch for the burgeoning small launcher industry failing.

Virgin Orbit VORB.O, part-owned by British billionaire Richard Branson, had planned to deploy nine small satellites into lower Earth orbit (LEO) in its first mission outside its United States base.

The mission had been heralded as a historic first for Cornwall, Britain and Europe, and thousands of enthusiasts watching from beside the runway cheered when “Cosmic Girl” took off and when they were told the rocket had been deployed.

The crowd quickly and quietly dispersed following the announcement of failure.

Launch officials were not immediately available for further comment. The company had earlier said on Twitter that LauncherOne had reached earth orbit, a tweet it later deleted.

A graphic display on an official video feed showed the mission at second-engine cut-off, three steps short of payload deployment about two hours after take-off.

A mission failure would be the second in Virgin Orbit s history since its first launch in 2020. The company has had four successful missions.